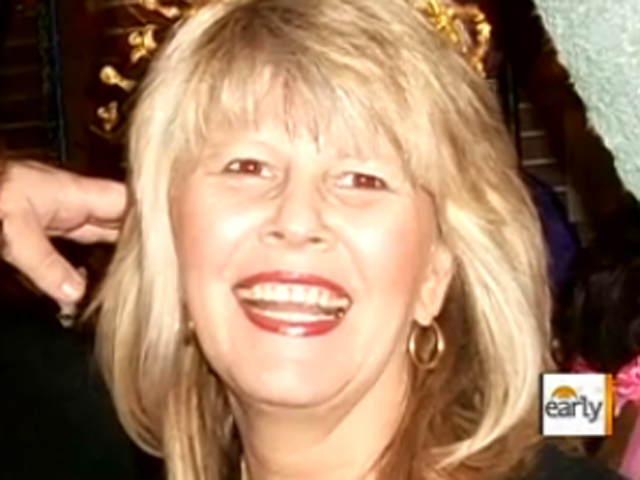 They're investigating the disappearance and possible murder of their friend, Lisa Stone, another old friend from high school.

On "The Early Show" Friday, "48 Hours Mystery" Correspondent Maureen Maher reported the women were, back in 1977, high-kicking "all stars" of Mesquite High School. They were on top of the world. Football was king and for vivacious girls, the drill team was "it." And right at the center of it all was a firecracker named Lisa Stone.

Thirty years later, the girls -- Lisa Stone, Tina Wiley, Joni Shannon and Tammye Markle ,had a reunion. After the party, Facebook kept the old gang together

Wiley said, "We talked on Facebook every day and Lisa loved to talk. If she wasn't on Facebook, she was getting on Yahoo or calling or texting."

Until last summer -- when Lisa disappeared.

Markle said, "I noticed, I hadn't talked to her in about two weeks. I wasn't terribly concerned, I thought she lost her Internet (service)."

A neighbor filed a missing person's report. Police checked it out, but Lisa's partner said Lisa was away. The cops had more pressing cases and there was no sign of a crime, so nothing happened.

"That just made us even determined that we were not gonna let this die," Markle said.

Using Facebook and a lot of nerve, these ladies have taken matters into their own hands.

They've done searches, handouts, vigils and even a billboard. But most of all, they've kept the case alive.

On "The Early Show," Markle and Wiley discussed where the case stands today and what they've learned in their own investigations.

Co-anchor Chris Wragge asked the women if they "have an operating theory as to what happened to her at this stage of the game?

Markle said, "It just was very strange that we had lots of activity from her on Facebook, and then the next day, she was gone. I mean, there was just nothing there. So, you know, naturally, when someone disappears like that, you think that they've -- something has happened, they've been the victim of foul play of some kind."

Wiley added that the Dallas Police Department is heavily involved in the investigation.

"They are following every lead they have," she said. "There was a long period that went by before they became involved. About a month, at least, before we got them to reopen the case. So I feel like they lost some valuable time. But I think that we have done a lot of clues on Facebook that we have offered them. And I think they have found a lot of things themselves."

Wragge noted the women went to the police a number of times with information they considered legitimate. He asked they what that experience was like.

"It was very frustrating," Markle said. "And we were scared. We were terrified that something bad had happened to her. And so I think that, you know, after we kept pushing and prodding them, and went to them with our timeline of information that we had gathered, you know, that's what finally made them open the case."

Markle said her friends knew they had to become investigators from day one of Stone's disappearance.

"When I would try to call Lisa, her phone was disconnected. And I thought it was because of financial reasons. So, things started adding up. And then when I heard that the neighbor had turned in a missing persons report, and the police closed it after five days, immediately, I just took action."

"You've been following, trailing I guess you want to say, the woman that Lisa had been living with, and at one point you saw her disposing of some of Lisa's belongings in a dumpster?"

"While also she was lying to her about her whereabouts," Wragge said.

Wragge asked, "Did that then make a light bulb go off?"

Wiley said, "That was huge. Huge day. Very devastating day. Tammye and I were on the phone with Joni that day, and the girlfriend had told the story that she was going to pick up Lisa, and Joni followed her and followed her to the dumpster, while the three of us were on the phone, Joni was -- we all started crying. We knew when we saw those items, Lisa's birth certificate. The late brother's death certificate. Everything that meant anything to Lisa was gone in the dumpster."

Wragge asked the women if they ever worry about their own personal safety.

Markle said, "Oh, yes. Most definitely we do. Thankfully, I live in a gated community. That gives me a little bit of peace of mind. But yes, we're dealing with some obviously people with no conscience."

But the women continue to press on with their investigations -- even with police help.

"We're continuing what we've done up to this point," Markle said. "We still got a Facebook page. We started a nonprofit organization. FortheLoveofLisa.org, and we've done billboards. We've got a park bench that was dedicated in Lisa's honor in the Mesquite area, where we went to high school. And so we're constantly talking to people. We're doing searches."

If you have information about this case, please contact Crime Stoppers, the Dallas Police Department at 214-744-4444 and the Looking for Lisa Facebook page.