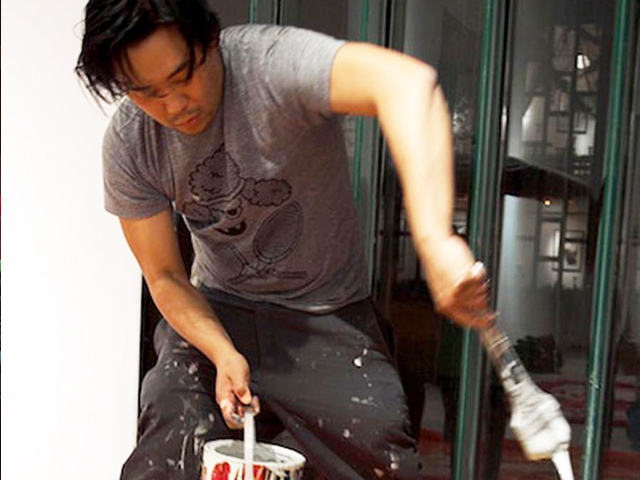 (CBS) - Graffiti artist David Choe is hands-down one of the most surprising success stories to come out of the Facebook initial public offering Wednesday.

Choe was hired by then Facebook president Sean Parker to paint a mural at Facebook's first office in Palo Alto in 2005. When the mural was finished, Parker gave Choe the option of taking cash or stock options. At the time, Facebook was only a year old and only open to college and high school students. There was no "like" button, no revenue from advertising and no hype of a $5 billion dollar IPO.

Instead of taking cash, Choe took a chance and opted for the stock options. If you're not familiar with the Silicon Valley culture, gambling on a dot com has either failed miserably or made millionaires out of receptionists.

According to a Facebook employee, Choe was added on as an "adviser" and received 0.1 to 0.25 percent of the company. After you do the math, Choe's share could be worth $200 million. That's a mind-blowing figure, if you also consider that Choe has been homeless since painting that fateful mural.

In the aftermath of Facebook's filing and the value of his share of the social network, Choe took to his blog to express his disbelief.

"Have you had the dream where you ARE this guy?!? And then some kind of happy accident happens, and as you're in the middle of this glorious car crash, you stop to realize, that there is actually no such thing as an accident, and no chance encounters, and that everything has a direct purpose?"

Choe embodies a true tale of an artist's transformation from rags-to-riches in the most dramatic fashion. If Wednesday was a historic day for Facebook, it was also a momentous occasion for the American dream.