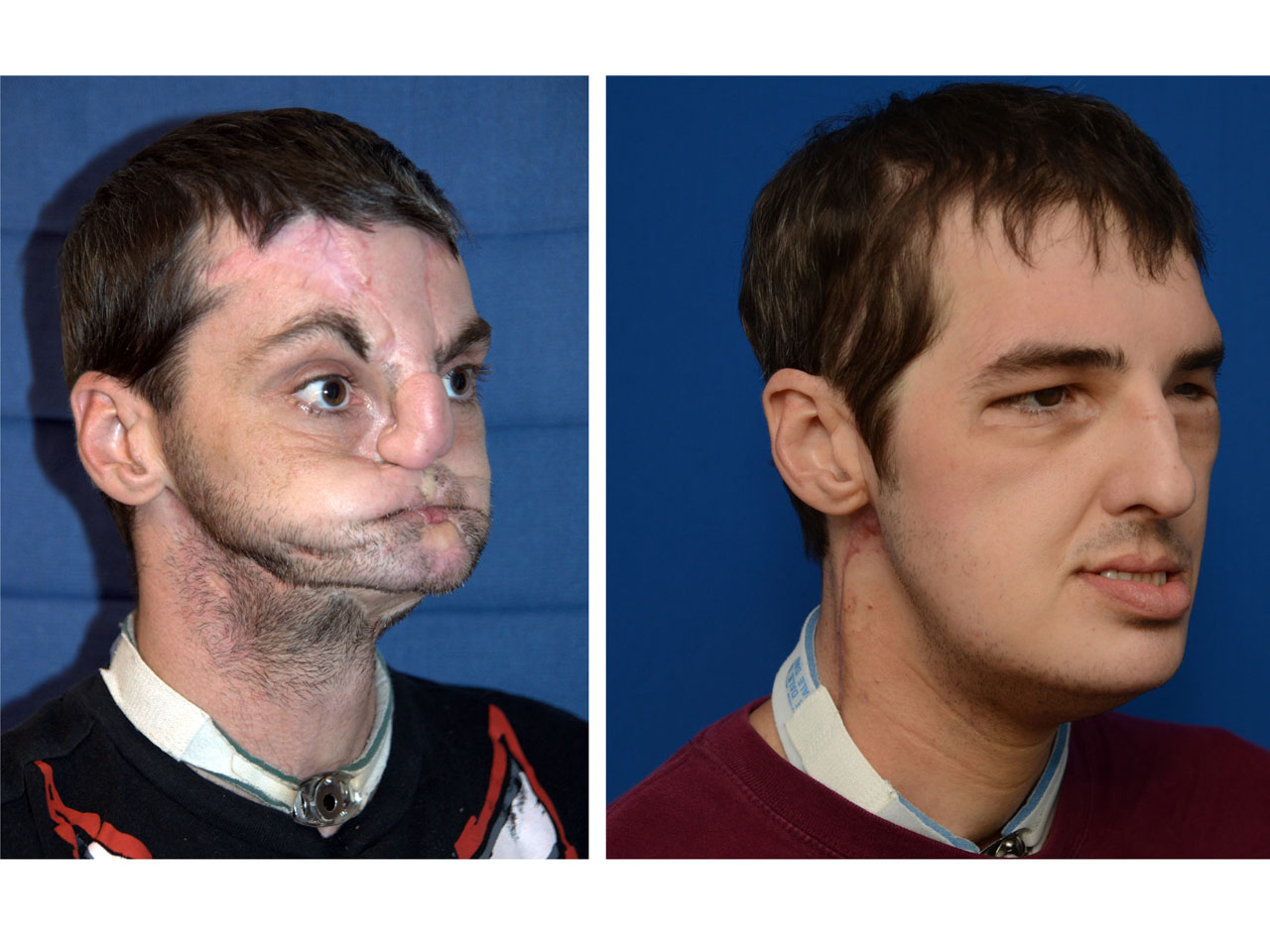 (CBS/AP) A Virginia man who received an extensive full-face transplant seven months ago now eats primarily by mouth and can taste and smell, The University of Maryland Medical Center said Tuesday.

Richard Lee Norris, 37, of Hillsville, Va. received the transplant in a 36-hour operation in March at the Baltimore hospital. The complex surgery included the replacement of both jaws, teeth, tongue, and skin and underlying nerve and muscle tissue from scalp to neck. Now 114 days after the procedure, doctors have announced Norris' amazing progress.

"For the past 15 years I lived as a recluse hiding behind a surgical mask and doing most of my shopping at night when less people were around," Norris said in a hospital press release. "I can now go out and not get the stares and have to hear comments that people would make."

The hospital said Norris, who was injured in a gun accident in 1997, spends his time fishing and golfing. He was quoted as saying he is regaining his speech and can smile and show expression.

"I can now start working on the new life given back to me," said Norris.

He has been undergoing physical therapy and speech therapy and following up with doctors and therapists to make sure everything is healing properly. He also needs to be carefully monitored for the immunosuppressive drugs he is taking to prevent rejection of the donated tissues.

The transplant was led by Dr. Eduardo D. Rodriguez, professor of surgery at the University of Maryland School of Medicine and chief of plastic, reconstructive and maxillofacial surgery at Shock Trauma.

It was the 23rd face transplant since doctors began doing the procedure seven years ago.

"Our goal for Richard from the beginning was to restore facial harmony and functional balance in the most aesthetic manner possible through the complex transplantation of the facial bones, nerves, muscles, tongue, teeth and the associated soft tissues," said Dr. Rodriguez. "Richard is exceeding my expectations this soon after his surgery, and he deserves great deal of credit for the countless hours spent practicing his speech and strengthening his new facial muscles. He's one of the most courageous and committed individuals I know."

"These cases are going to continue to build. There's really no backstop here," Gottlieb said on "Face the Nation."

On this "Face the Nation" broadcast, Robert O'Brien and Former FDA Commissioner Scott Gottlieb sat down with Margaret Brennan