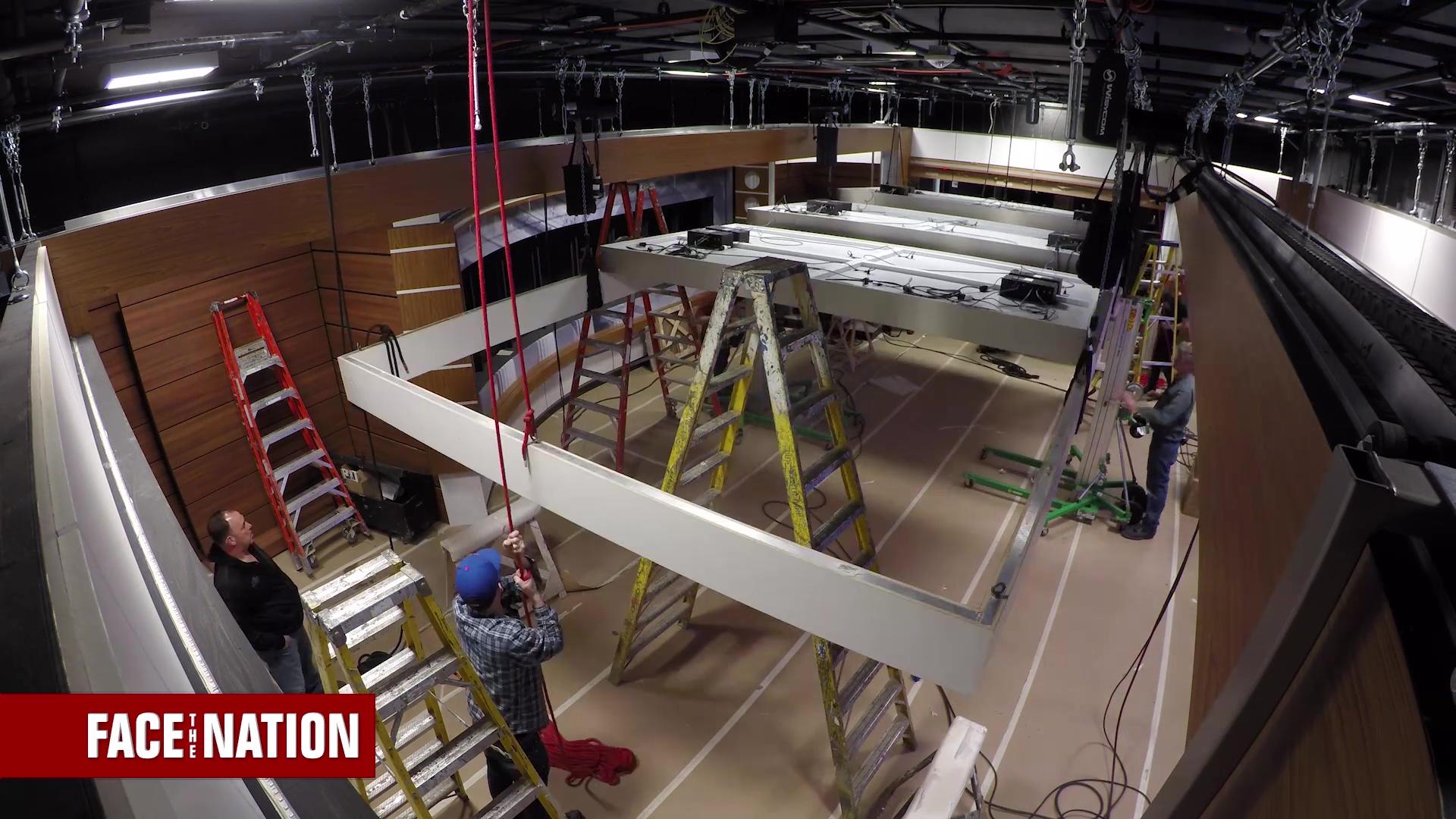 Viewers will notice a new studio on "Face the Nation" this Sunday, one of several changes rolling out this weekend for the Washington, D.C.-based public affairs program.

Design and construction of the new studio, located on the ground floor of the new CBS News Washington Bureau, began in early 2018.

Set pieces were drafted and constructed in the CBS Broadcast Center in New York, then shipped to Washington, D.C. to be assembled.

The studio's design for "Face the Nation" continues to revolve around a familiar sight for the broadcast's audience: a large table across which guests and panelists will sit. The studio also features an additional area intended for focused, one-on-one conversations between the "Face the Nation" moderator and guest.

Hundreds of monitors now power some of the new studio's walls, as well as several set pieces. For example, 77 monitors make up the new video wall behind moderator Margaret Brennan.

"Next week we'll be in a new location, right next door in our brand new CBS News Washington bureau," Margaret Brennan said this past Sunday on "Face the Nation."

"Face the Nation" will debut a new studio, graphic look, and theme song this Sunday on CBS. Click here to check your local listings.

Full transcript of "Face the Nation" on September 5, 2021

Full transcript of "Face the Nation" on June 26, 2022
Thanks for reading CBS NEWS.
Create your free account or log in
for more features.
View CBS News In
CBS News App Open
Chrome Safari Continue
Be the first to know
Get browser notifications for breaking news, live events, and exclusive reporting.