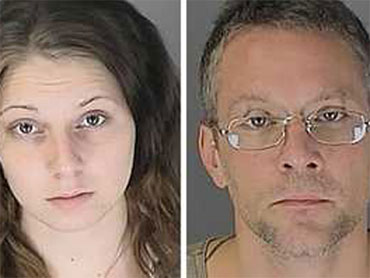 If you're looking for a way to rejuvenate your skin, the latest do-it-yourself kits may save you lots of money and trips to the doctor's office.

The May issue of Prevention magazine tested microdermabrasion kits that promise smoother, younger-looking skin without breaking the bank. Amy O'Connor, the magazine's deputy editor, shares the results on Tuesday's The Early Show.

You probably need multiple sessions at a doctor's office to achieve the best results. Each treatment can cost around $200. Each treatment takes from 30 minutes to an hour.

Many of the home kits come with the cosmetic version of an orbital sander, a battery-operated resurfacing tool; others require that you use your fingers to do the buffing. Prevention magazine tested these kits.

The best candidates for microdermabrasion are generally younger patients with superficial skin irregularities such as the following:

People with sensitive or acne-prone skin may need to use the products less often than suggested in the instructions. Prevention's testers found that acne-prone folks experienced breakouts due to the kits.

Some folks probably shouldn't use them at all -- for example, people using blood thinners or Retin-A. You should really check with your doctor, if you're not sure about your medication's effects.

Safe For You, Poison For Your Pet

Doctor: 'Head On' No Headache Cure

Promises: Some kits promise specific results such as "minimizes fine lines and pore size; smoothes and refines skin; reduces the appearance of acne."

Results: The testers really felt that, at least on the surface, these products worked. Many claimed that their skin looked softer and felt smoother.

Microdermabrasion is a technique using "abrasion" to rub away essentially dead skin. It uses friction to reveal fresh new skin cells. It has proven to be a very popular non-surgical cosmetic procedure.

Microdermabrasion uses a fine spray of crystals to gently sandblast superficial dead skin, layer by layer. It's similar to a chemical peel in the sense that it improves the skin's texture and reduces the appearance of fine lines, pores, age spots, and mild acne scarring.

It is a non-surgical and non-chemical procedure. The technique is similar to dermabrasion, although microdermabrasion is performed much more superficially and causes no bleeding.

In addition, because the superficial, sun-damaged layer of the skin is removed, skin care products are able to penetrate the skin more effectively. There are virtually no side effects, except that you may have some redness. Microdermabrasion does not carry the risks of pigment changes or scarring engendered by techniques such as dermabrasion, chemical peels, or laser resurfacing.

Facial skin resurfacing can be traced to ancient Egyptian times and the application of abrasive masks of alabaster particles. For thousands of years, various substances have been used to peel, exfoliate, and rejuvenate the skin. These substances include acids, poultices of minerals and plants, and direct irritants such as fire and sandpaper like materials.

The evolution began in the early 20th century of chemical peeling and dermabrasion into the procedures in common use today. In more recent years, the use of selective photo-thermolysis in the form of laser resurfacing has become widespread as a skin resurfacing modality.

Microdermabrasion was developed in Italy in 1985; its use was widespread in European countries prior to its introduction and popularity in the United States. This technology offers the advantages of low-risk and rapid recovery compared with more traditional resurfacing modalities, and can be effective in the appropriate patient population.