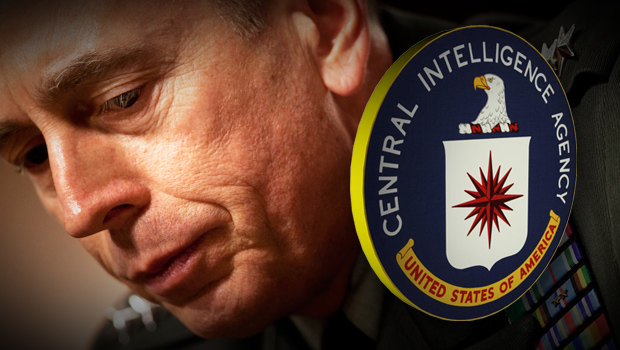 Senator Graham (R- SC), a member of the Senate Armed Services Committee, offered praise for CIA Director General David Petraeus's service in Iraq and Afghanistan, before weighing in on the broader ramifications of the CIA Director's resignation in light of Petraeus's upcoming testimony in front of Congress on "Face the Nation" Sunday, just days after Petraeus's unexpected resignation.

"I hate what happened to General Petraeus, for his family and the families for those involved, but we have four dead Americans in Benghazi, we have a national security failure along in the making. I don't see how in the world you can find out what happened in Benghazi before, during and after the attack if General Petraeus doesn't testify, so from my point of view, it's absolutely essential that he give testimony before the Congress so we can figure out Benghazi."

But, Graham noted, if Petraeus's extramarital affair and ensuing resignation didn't threaten national security, he thinks everyone should move on and re-focus on the security breakdown in Libya that ended in the killing of four Americans on September 11 in Benghazi.

While discussing Benghazi and the administration's response, Graham warned he'd move to oppose the appointment of UN Ambassador Susan Rice to the post of Secretary of State in light of her involvement with the Benghazi attacks and subsequent fallout. He said, "I cannot imagine promoting anybody associated with Benghazi at this point." Ambassador Rice appeared on "Face the Nation" on September 16th, where she said "all sorts of evidence" indicated that the Benghazi attacks "began spontaneously".

(To read more on Senator Graham's comments on General Petraeus's resignation and the Benghazi fallout, visit the Washington Post, and The Hill).

Senator Graham also discussed the presidential election, citing that conservatives have "built a wall between the Republican party and the Hispanic community." Graham emphasized the need for comprehensive immigration reform with a "pathway to citizenship" to appeal to Hispanic voters.

Graham closed by addressing the approaching fiscal cliff, a topic on everyone's minds post-election. Calling for bipartisan compromise, Senator Graham said, "No Republican will vote for higher tax rates, we will generate revenue from eliminating deductions and loopholes, but we will insist our Democratic friends reform entitlements, something we've never done, and that's where the big money's at. Say yes to Simpson-Bowles, we'll get this behind us.

Axelrod also pointed out that, despite close polling numbers, the election reaffirmed President Obama's tax plan, stating, "As I said if you look at the exit polls-- I think it was somewhere around sixty percent of the American people agreed with the President's position on this issue of taxes."

(For more on Axelrod's take on the fiscal cliff and President Obama's tax mandate, read the Washington Post, Bloomberg Businessweek, The Hill, National Journal, and Politico.)

Following Axelrod, Peggy Noonan of the Wall Street Journal and Harvard University's David Gergen discussed recent developments in Petraeus's resignation. Noonan argued that, while unfortunate, Petraeus's affair didn't necessitate resignation, arguing, "I think this story is a little mysterious. I don't really understand why the General, having made a painful mistake, painful for himself and his family, why he had to leave, and why he was, according to the press advised, to leave." Gergen cited a long history of infidelity in public officials, stating "President Eisenhower, when he was General Eisenhower and Kay Summersby, how important that relationship was to him. Remember Franklin Roosevelt and Lucy Mercer, how important that relationship was to him in Second World War. There, you know, we have to-- I think we have to be understanding that as the saying goes the best of men are still men--men at their best."

Watch the full episode of "Face the Nation" above.