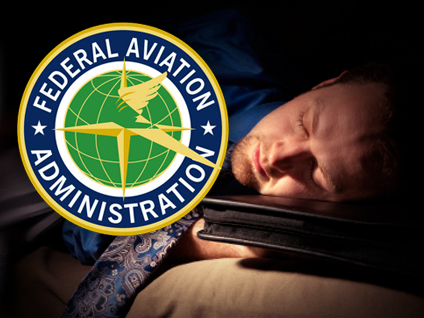 WASHINGTON - The Federal Aviation Administration has uncovered a second incident of an air traffic controller sleeping on the job, but in this case the napping was deliberate.

"(I am) disappointed to say we did find another incident ... just one," FAA Administrator Randy Babbitt told a hearing of the House Appropriations Committee's transportation subcommittee.

"We are in the process of disciplinary hearings that will terminate this employee ... This was a willful violation," Babbitt said.

The controller went to sleep for five hours on Feb. 19 during the midnight shift at McGhee Tyson Airport in Knoxville, Tenn., FAA said in a statement released after the hearing.

The airport is considered an "up-down facility," meaning it has a control tower on top and a radar room on the floor below, each staffed with one controller during the midnight shift. The controller in the top of the tower helps aircraft land and take off based, in part, on what he sees happening on the ground at the airport.

The controller in the bottom room uses radar to handle aircraft as they approach to land, not only at the Knoxville airport but at several other small airports and a hospital helipad within about a 30-mile radius. That controller also handles takeoffs after an aircraft leaves the vicinity of the airport.

While the controller who was supposed to be handling the regional approaches was sleeping, the other controller working in the tower landed seven planes at Knoxville and worked the radar position at the same time, FAA said. That required him to switch back and forth between monitoring radar and visual observation.

The agency has long had a safety policy that controllers are only supposed to work one job at a time.

"Certainly someone who purposely sleeps through his duties should be gone," Latham said. "It's unfortunate someone would put people's lives in jeopardy to catch up on a few hours sleep."

Last month, an air traffic supervisor acknowledged to safety investigators that he dozed off while two airliners carrying a total of 165 people landed at Washington's Reagan National airport. The supervisor was the lone controller working the midnight shift in the airport's tower. The radar facility that handles approaches to Reagan National is about 40 miles away in Warrenton, Va.

The National Transportation Safety Board is investigating that incident, as well as a third incident — also last month — in which an air traffic supervisor at a regional radar facility in central Florida caused two planes to fly too close together. The supervisor, working as a controller, asked the pilots of a Southwest Airlines Boeing 737 en route to Jacksonville to fly close enough to a small plane that had been out of radio contact for over an hour to look into the cockpit.

The pilots complied, violating FAA regulations on the minimum safe distance that's supposed to be kept between planes.

Both supervisors have been suspended while the FAA also looks into those incidents.

The Reagan National and Knoxville incidents have raised questions about whether it is safe to schedule a lone controller at night at an air traffic facility even if traffic is expected to be light.

"We continue to be concerned with the issue of safe staffing on the midnight shifts and are working collaboratively with the FAA to determine appropriate staffing levels at all facilities nationwide on all shifts," Doug Church, a spokesman for the National Air Traffic Controllers Association, said Wednesday. He declined to comment on the Knoxville incident.

NTSB has also urged FAA not to schedule supervisors to work as controllers if they are also supposed to be supervising the air traffic facility at the same time.

Babbitt told lawmakers that the agency has been reevaluating staffing at night in some of its facilities around the country and will likely make changes.

A second controller has already been added to the midnight shift at Reagan National.