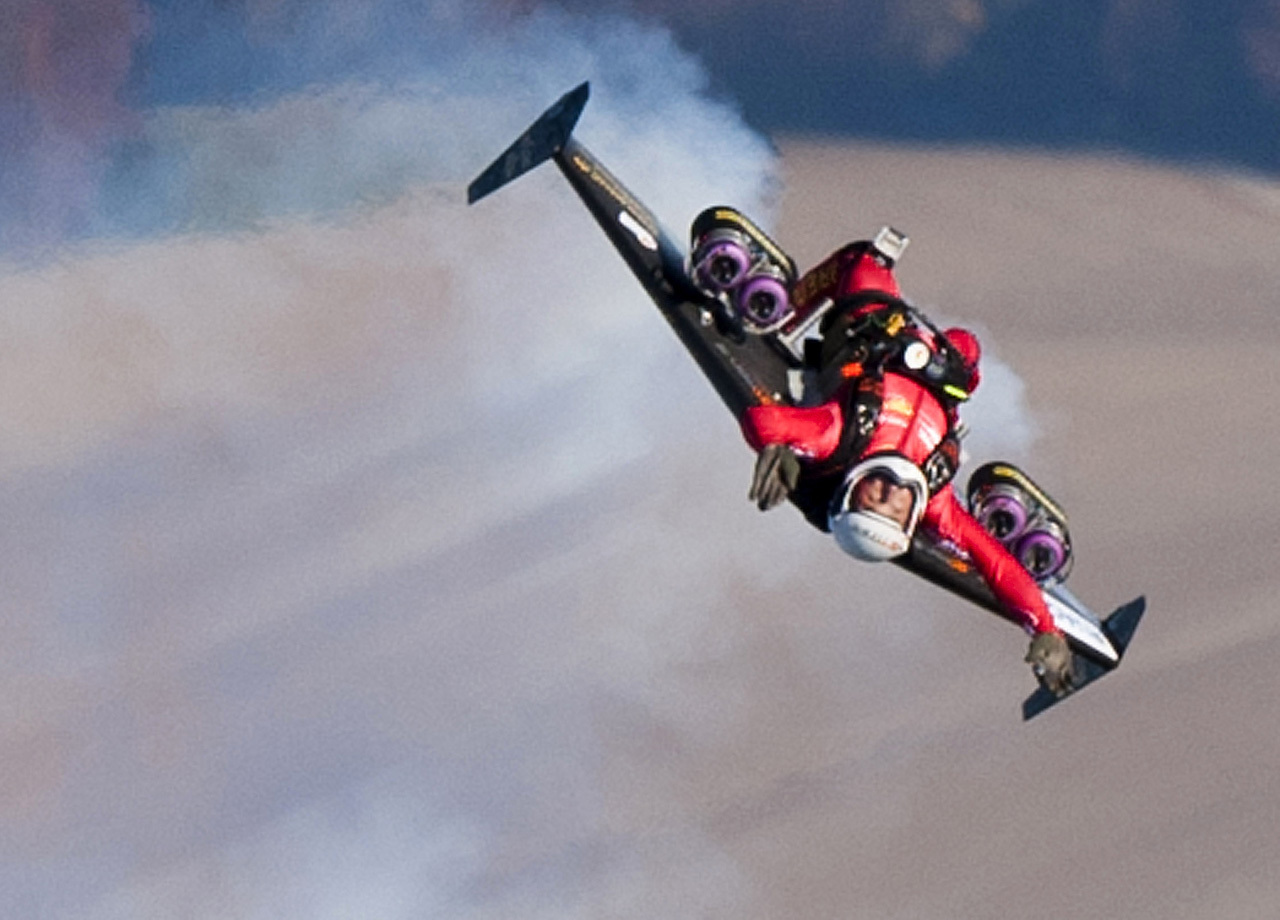 Federal Aviation Administration spokesman Ian Gregor says the federal agency has approved plans for Swiss daredevil Yves Rossy's to use Arizona's scenic wonder as a backdrop for his first U.S. flight in a jet-propelled wing suit.

The agency sent Rossy a letter late last week outlining what he needed to do to make his flight happen and to ensure that safety standards had been met.

Rossy, who calls himself the JetMan, has talked about soaring over the Grand Canyon for years. He announced plans to make the jump on Friday, but today's flight was scrubbed pending a test flight, reports the Arizona Republic.

Plans call for the 51-year-old adventurer to jump from a helicopter on the Hualapai reservation near Eagle Point, a rock formation that resembles the bird.

He'll fly westward along the rim of the canyon, using only his body to steer and his eyes to navigate.

The flights typically range from six to 13 minutes before he runs out of fuel and opens up a parachute.

Rossy will have a 360-degree view of the multicolored chasm as he flies 4,000 feet above the Colorado River.

The aviation world has kept a close watch on Rossy, a former fighter pilot who has flown over the Swiss Alps and the English Channel. While jetpacks and hang gliders have taken to the skies, "this one is a bit unusual," said Dick Knapinski, spokesman for the Experimental Aircraft Association.

"It's such a unique design and a unique pursuit that it doesn't fall in the usual categories," he said.

The Hualapai Reservation is known for the Grand Canyon Skywalk, a glass bridge that extends 70 feet from the canyon's rim and gives visitors a view of the river. The reservation lies west of Grand Canyon National Park.

The FAA said it never has been asked to evaluate anything similar to Rossy's jetsuit, nor does it fit neatly into any category. In the April 28 letter to Rossy, the FAA said it became aware of his plans through public reports.

Click on the player below to watch Rossy's November 2010 stunt.

Below: A 2008 appearance by Rossy on CBS' "The Early Show" after he crossed the English Channel.