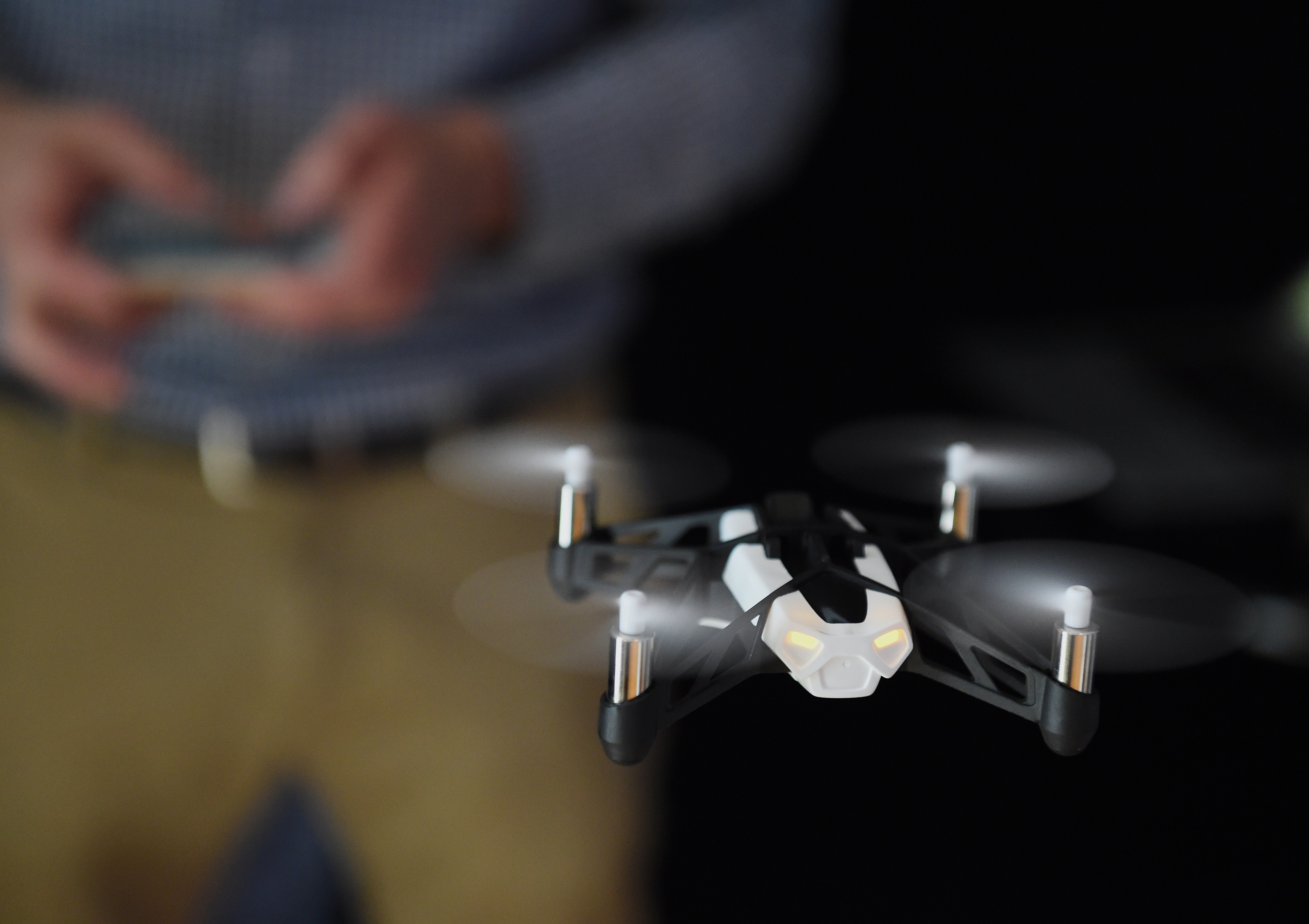 If you get a drone for Christmas, there are a few things you should know.

Federation Aviation Administration launched a campaign this week to ensure that new drone pilots of all ages are aware of the rules of the air -- rules that, if broken, could earn amateur fliers a stern warning, or a night in jail.

Most of the guidelines pertain to where you can -- and can't -- fly your shiny new toy. The FAA prohibits flying drones within five miles of an airport or over sensitive infrastructure or property such as power stations, water treatment facilities, correctional facilities, heavily traveled roadways or government facilities.

Since the beginning of this year, there have been nearly 200 reports of drones or model planes coming close to manned aircraft in over 30 states across the country.

The FAA told CBS News that it is receiving 25 reports every month from pilots who have seen drones or model planes near planes and helicopters. On a few occasions, pilots have been forced to alter their course.

Safe operation is a clear priority for an industry growing so rapidly. As of the end of 2013, about 1 million small drones had been sold worldwide for recreational and commercial use, according to The Associated Press, and sales this year are expected to significantly outdistance previous tallies.

But this boom in unmanned aerial vehicles (UAV) has opened up more nebulous questions about what constitutes not just safe, but appropriate use.

Stories like the one of a Seattle woman who said she was mortified to find a drone hovering outside her window while she was half-dressed have many people skittish about Peeping Toms or full-fledged spying in the UAV era. A recent Associated Press-GfK poll found that Americans largely oppose the use of drones for commercial purposes, citing privacy as their main concern.

With that in mind, the FAA is calling on operators to use discretion around people. Their guidelines instruct pilots to stay at least 25 feet away from other people, and not to "fly intentionally over unprotected persons or moving vehicles." They also warn operators not to conduct surveillance or photograph people without their permission in areas where there is an expectation of privacy.

If this sounds like common sense, it is. But as Michael Drobac, executive director of the Small UAV Coalition, told reporters at the FAA's launch of the "Know Before You Fly" campaign Monday, "While we recognize that the overall majority of operators of UAV or drones are doing so safely, there are rogue actors out there or some that are not aware of existing laws and rules, so a campaign like this is absolutely crucial."

Some of the other regulations could also be filed under common sense: Keep your drone in sight at all times, don't fly in adverse weather conditions such as in high winds or reduced visibility, and never operate your drone under the influence of alcohol or drugs.

These safety tips come as the FAA is drawing up specific guidelines on drones, planned by the end of 2015. Currently, it has the authority to prosecute anyone operating a small drone in a reckless or unsafe manner under regulations pertaining to model airplanes. That means violating many of these tips could in theory could result in anything from a warning to civil penalties to jail time.

Regulations are evolving abroad, too. Britain's civil aviation authority has announced that flying drones over congested areas or close to people or buildings without official permission could be met with fines of up to 5,000 pounds ($8,000), according to the Associated Press.

"The price of unmanned aircraft has come down and this newer and more powerful technology is more affordable to more people," FAA Administrator Michael Huerta said. "Yet, many are not familiar with the rules of flying. We want consumers to have fun with unmanned aircraft but we want them to follow these best practices for safety."

The "Know Before You Fly" campaign calls for manufacturers and distributors to inform consumers and businesses about the regulations before launching their drones. The flying rules are posted on the campaign's website.