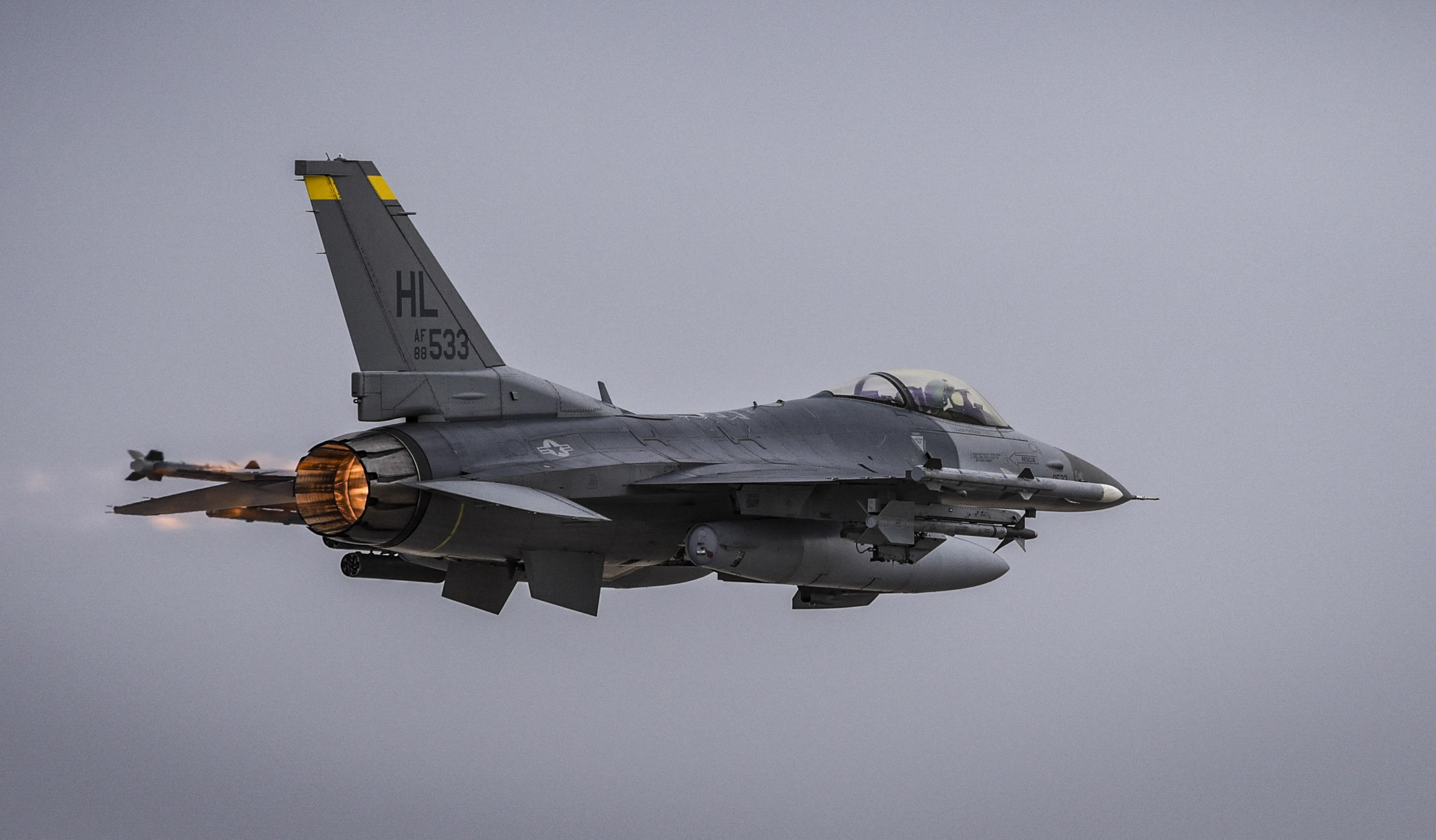 Officials said an Air Force F-16, assigned to Nellis Air Force Base in Nevada, crashed Wednesday around 10:30 a.m. local time. The Air Force says the pilot was killed. His identify was being withheld pending notification of his next of kin.

The crash happened "during routine training on the Nevada Test and Training Range," the Air Force says.

First responders rushed to the scene. The circumstances of the crash are under investigation.

The training range covers some 4,500 square miles, according to The Associated Press.

The incident was the third U.S. military aircraft crash this week.

Four crew members were killed when a Marine CH-53E Super Stallion helicopter crashed Tuesday in California during a training mission along the U.S.-Mexico border west of El Centro.

The same day, a Marine Harrier jet crashed during takeoff from an airport in the East African nation of Djibouti. The pilot ejected and was medically evaluated.

Last September at Nellis, a U.S. Air Force pilot died of injuries after a crash on the training range about 100 miles (160 kilometers) northwest of the base.

Officials did not disclose the type of aircraft Lt. Col. Eric Schultz had been piloting. He was assigned to a military command that conducts research and weapon system tests.

In January, an unspecified military aircraft aborted takeoff and caught fire at Nellis, but no serious injuries were reported.