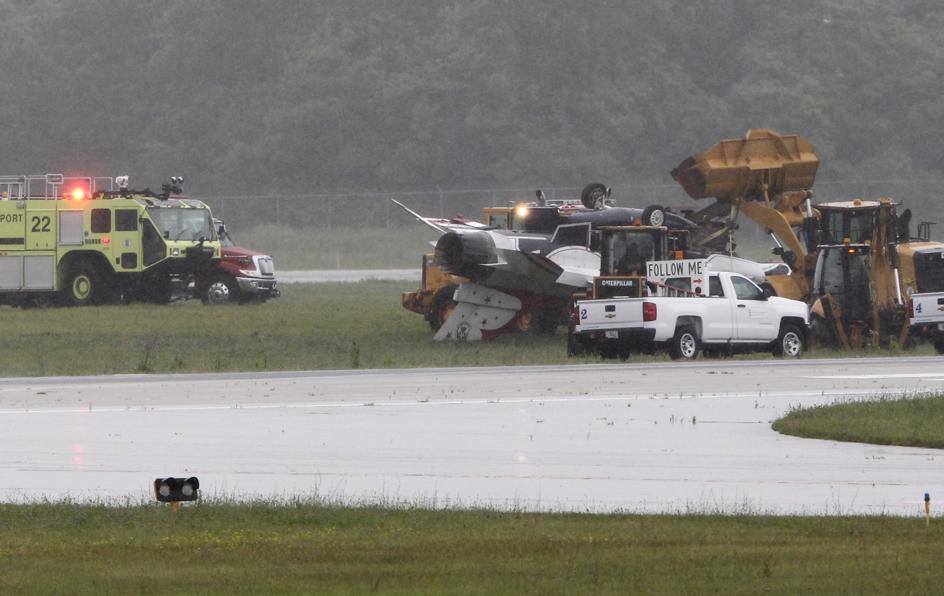 DAYTON, Ohio -- A military plane that was practicing for an air show in heavy fog has crashed at an airport in Ohio, officials said Friday.

CBS affiliate WHIO-TV reports an F-16 Thunderbird crashed and overturned shortly before 1 p.m. at the end of a runway at Dayton International Airport.

The U.S. Air Force Thunderbirds confirmed crew members were "conducting a familiarization flight" and "there was a mishap upon landing."

Two people were onboard the aircraft. Authorities say one of the pilots has been extricated from the plane. Crews are working to remove the second pilot form the aircraft.

A witness told WHIO-TV the F-16 had slipped and flipped onto its top as it came in for landing.

No injuries or report of any fuel leaks were immediately reported.