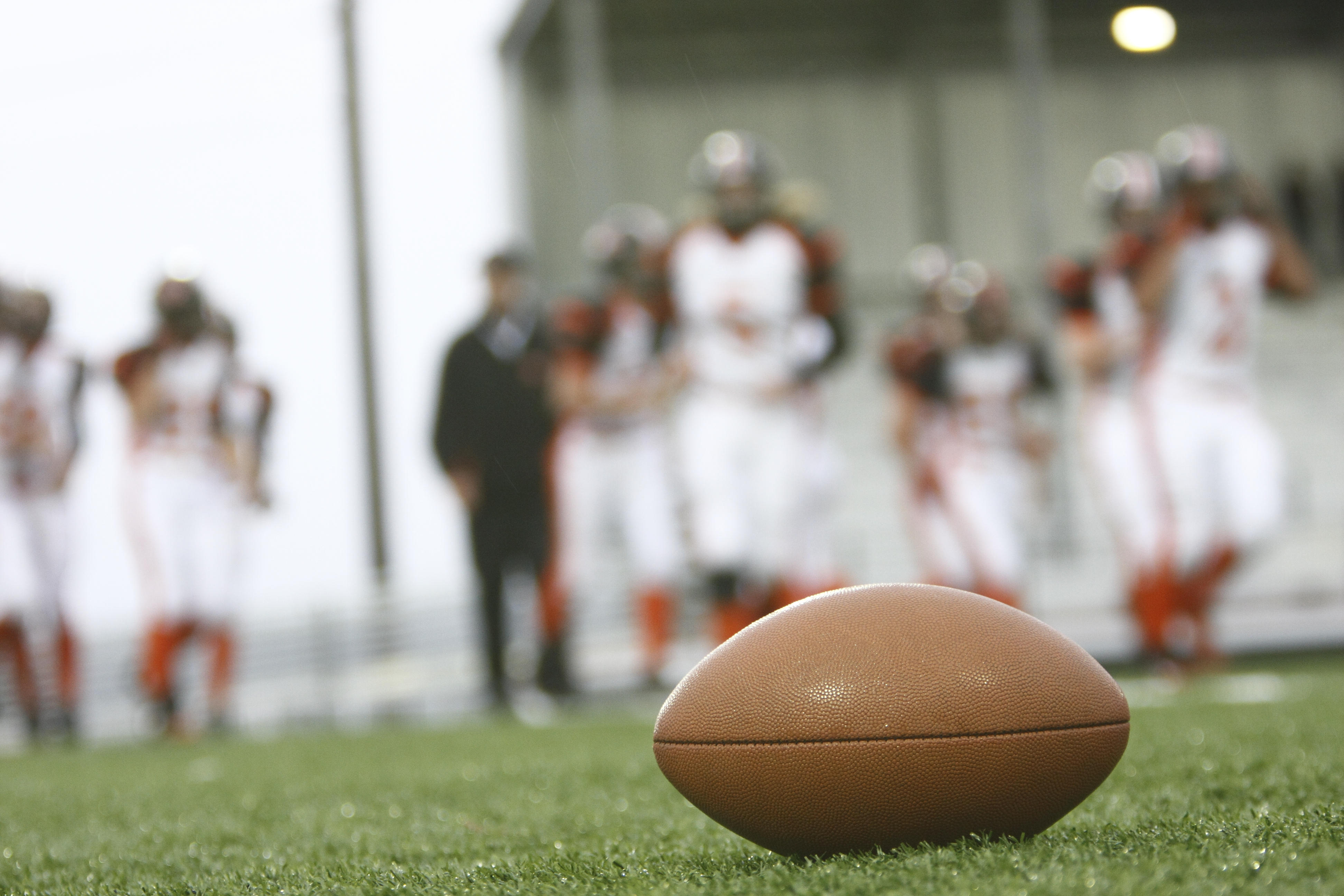 The football world has been searching for an answer to the concussions crisis for years. The sport has tried everything from new rules, to new high-tech helmets, with varying degrees of success in the reduction of the frequency and severity of head injuries players suffer.

While reducing concussions is the main goal, better diagnosing and treating concussions is a part of the process, too. Spotters and independent sideline physicians have been introduced to sidelines at college and NFL games in recent years to try and identify players who may have been concussed during the run of play, but there are still times when standard concussion tests don't catch a player who's been concussed. At Stanford University, the football program has adopted a new technology that could help change the game in terms of diagnosing concussions.

The technology is called Eye-Sync, from the company SyncThink and it is the brainchild of neurosurgeon Dr. Jamshid Ghajar, director of the Stanford Concussion and Brain Performance Center and a president of the Brain Trauma Foundation, CBS San Francisco reports. Eye-Sync is a portable VR headset that, through an objective test of the athlete's eyes, can help sports medicine professionals determine whether an athlete needs to be removed from play within a minute.

It works on the basis of eye-tracking. Ghajar explains that when your brain is functioning correctly, your eyes are not just providing vision, they're also helping you to synchronize with your surrounding environment. This process is what allows you to swing and connect with a tennis ball in one smooth process as opposed to waiting for your eyes to diagnose where the ball is and then starting your swing. When you take a hit to the head, that process can be interrupted. That's where Eye-Sync comes in.

"Basically, people feel out of sync, their timing is off because they're unable to predict when things are going to happen," Ghajar said in a phone interview. "That's really dangerous, because if you send somebody back into play and they've got the inability, then they'll get another concussion or another injury. Detecting that early on, on the sideline, screening somebody very quickly and accurately and reliably is really important. Fortunately, the eyes are responsible not only for vision, but they move in response to vision. So, you can actually measure how well somebody synchronizes with the outside world using eye movement.

"What we do is, we have VR glasses with a red dot going around a circle and cameras inside the glasses so you can actually see where the eyes are moving. We see how well the eyes synchronize with the visual stimulus, the dot going around the circle. The test is 15 seconds, it's repeated twice, and then a report comes out, so the whole process is very quick, generally under a minute."

Based on the information in that report, the sports medicine professionals can then make a determination as to whether or not the player is safe to return to play, all without having to rely on the player to report experiencing symptoms.

"The number one thing is, we're getting out of a space where we're relying on the student athlete to report symptoms and coming up with a diagnosis based on subjective reporting of information," said Stanford's Director of Athletic Training, Scott Anderson. "The number one thing I think you or anyone probably experiences when you have say ankle pain or knee pain, you go to a doctor, tell them your symptoms and the doctor doesn't just tell you what he thinks it is and send you on your way. They order a test, an MRI or an X-ray or something of that nature, and that test gives information about what the likelihood of the condition is. With this technology, we're able to do something very similar for the brain."

A demo of the test can be viewed on the SyncThink website to get a more visual understanding of what the test entails and looks like. The other benefit to the technology, according to both Ghajar and Anderson, is that it allows the staff to gain a better understanding of what type of concussion a player may have suffered in order to be able to target their treatment more effectively. One thing that tends to be misunderstood in the discussion surrounding concussions is that there is not one catch-all diagnosis. Concussions, like many other health complications, come in varying forms and degrees.

"That's what we've been able to do is be very specific with the type of dysfunction that we're seeing. Rather than just having someone complain and go, 'Oh it sounds like you have a concussion," said Anderson. "We're now able to say this is ocular-motor impairment sub-type of concussion, or this is a vestibular balance issue related to a concussion, and label those things that are specific to the cause of symptom presentation."

One big hurdle still remains: changing the warrior, tough-guy mentality that is instilled in players from a young age so that they better understand why this type of testing matters. For Ghajar, the best way to do that is to change the conversation from one of being hurt or impaired to a more positive tone of encouraging players to strive for top-level brain performance.

Anderson agrees and says that Stanford has already gone down this route by removing the word concussion from their discussion with the athletes entirely.

"We don't even use the C-word anymore," said Anderson. "We just say your brain's not functioning at capacity, you're likely at risk for further injury and it's dangerous for you to go back on the field."

"I think initially when we rolled this out, the athletes were like, why do I have to do this?," Anderson continued. "Then, when you show them something objective like results and say here's normal and here's you, they get it."

Eye-Sync has been in use at Stanford since the 2015-16 football season and the athletic department has made it part of their concussion protocol that is submitted to the NCAA every year by schools. Indiana University is also using Eye-Sync as part of a study on subconcussions that the school is conducting. As helpful as the technology is in diagnosing concussions on the sidelines, Ghajar says it's just one part of what needs to be a multi-faceted approach to attacking the prevalence of concussions in football and other contact sports.

"It's an advanced neuroscience tool, it's the future of screening people for concussions," said Ghajar. "But, it's just one part of screening. I think that waving one wand and saying we have a concussion or not is not possible. There's multiple things that go wrong. But, I do think, the most important thing on the sideline is to get people who are disoriented."