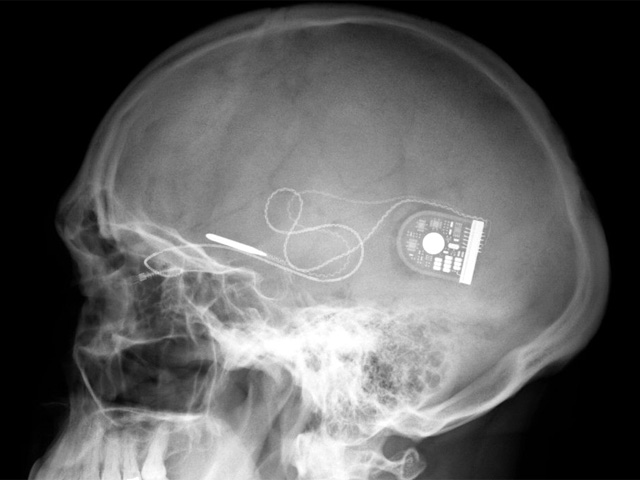 (CBS News) Is there a cure for blindness near? Ask the scientists in the U.K. who have restored useful vision in two men who had previously been totally blind.

"What makes this unique is that all functions of the retina are integrated into the chip," Professor Robert MacLaren, who led the surgical team, said in a university news release.

Immediately after the electronic eyes were activated, the patients were able to detect light and locate objects on a dark background.

The lucky patients who received the implants were Chris James, 54, a council worker from Wiltshire (featured in the video below), and then one week later in Robin Millar, 60, a music producer from London.

"As soon as I had this flash in my eye, this confirmed that my optic nerves are functioning properly which is a really promising sign," James said. "It was like someone taking a photo with a flashbulb, a pulsating light, I recognized it instantly."

"I have even dreamt in very vivid color for the first time in 25 years so a part of my brain which had gone to sleep has woken up!" Millar told the Telegraph. "I feel this is incredibly promising for future research and I'm happy to be contributing to this legacy."

The patients are continuing to have follow-up testing of their microchips, but MacLaren says "We are all delighted with these initial results." He hopes "that the electronic chips will provide independence for many people who are blind from retinitis pigmentosa."

The device is not intended to treat all causes of blindness, however. It is not suitable, at present, for age-related macular degeneration or glaucoma - but cases may benefit from it in the future.