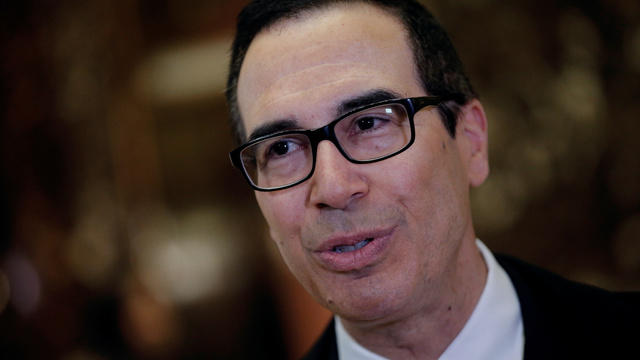 WASHINGTON — Exxon Mobil (XOM) will not be granted a waiver allowing it to resume drilling around the Black Sea in partnership with Russian state-owned Rosneft, the U.S. Treasury Department announced Friday.

The decision is the latest indication that the White House is backing away from statements by then-presidential candidate Donald Trump during the 2016 campaign that he would relax sanctions imposed on Russia by Barack Obama’s administration.

“In consultation with President Donald J. Trump, the Treasury Department will not be issuing waivers to U.S. companies, including Exxon, authorizing drilling prohibited by current Russian sanctions,” Treasury Secretary Steven Mnuchin said in a statement Friday.

Exxon was blocked in 2014 from participating in the multi-billion dollar deal when the U.S. imposed the sanctions — which bar Russian investment in U.S. holdings and limit the ability of American companies to invest in Russia — after Russia annexed the Ukrainian territory of Crimea.

Exxon said in a statement to CBS News that “we understand” Mnuchin’s decision, but added that it applied for the waiver because some of its European competition is not barred from doing similar work in Russia.

“Our 2015 application for a license under the provisions outlined in the U.S. sanctions was made to enable our company to meet its contractual obligations under a joint venture agreement in Russia, where competitor companies are authorized to undertake such work under European sanctions,” the company said.

While it is not unheard of to grant companies waivers from sanctions for given transactions, granting Exxon’s request to resume drilling in Russian waters could have undermined the sanctions altogether, said Randall Newnham, an associate professor of political science Penn State Berks who researches the use of sanctions as a foreign policy tool.

“One of the most biting aspects of the sanctions — really the biggest escalation as we stepped them up month by month — was the idea that we would have restrictions on oil, which of course is Russia’s biggest industry,” Newnham said. “If you permit this deal to go ahead, it of course invites the question of why can’t other deals go ahead.”

Sechin, one of Vladimir Putin’s closest allies, is among dozens of Russian citizens who are also sanctioned by the U.S. Tillerson, who in 2013 was awarded the Russian Order of Friendship by Putin, has recused himself from matters involving Exxon, according to the U.S. State Department.

Exxon did not reply to a request for comment.

The Exxon deal is one of two transactions involving the Rosneft that have recently drawn scrutiny, along with calls for Treasury officials to intervene.

In a letter sent April 10 to Mnuchin, a bipartisan group of six senators expressed concern over a Nov. 30 loan deal, first reported by CBS News in March, that would allow Rosneft to claim at least 49.9 percent of U.S. oil company Citgo. The Houston-based company is owned by Venezuela’s PDVSA, and operates three oil refineries and three pipelines in the U.S.

“This could leave Rosneft, a company controlled by oligarchs with close ties to Vladimir Putin, in control of critical energy infrastructure in the United States,” the senators wrote.

The Treasury has not commented on the deal, which the lawmakers say should be reviewed for its national security implications.