(MoneyWatch) In her testimony Thursday morning in front of the Senate Banking Committee, Federal Reserve Chair nominee Janet Yellen emphasized that one of the Federal Reserve's primary duties is to pursue its dual mandate for maximum employment and stable prices.

The specific interest rate the Fed targets is the federal funds rate. This is the rate a bank pays to borrow reserves from another bank overnight, so it's a very short-term rate. For example, if one bank has reserves in excess of the amount it is required to hold by regulation, and another bank falls short of its required reserves, the bank with excess reserves can lend to the bank with a shortage. The interest rate on the loan is the federal funds rate, and it is determined by the supply and demand for reserves.

In ordinary times, the main tool the Fed uses to control the supply of reserves and hence the federal funds rate is purchases and sales of T-bills (T-Bills are the "IOUs" the Treasury issues when the Federal Government borrows money from the public). For example, suppose the Fed purchases a $10,000 T-Bill from a bank. To pay for the T-Bills, the Fed creates new money (it's easiest to think of this as paper money, but it's mostly electronic), and credits the bank's reserve account for $10,000 in return for the T-Bill.

This trade of newly created money for the T-Bill causes the bank's reserves increase by $10,000, and the increased supply of bank reserves lowers the price of reserves which is the federal funds rate. If the transaction is with an individual or financial firm rather than a bank, it works essentially the same. In this case the Fed pays for the T-Bills with a check. When that check is deposited into a bank the Fed honors the check by crediting the bank with newly created reserves.

When the Fed wants the target rate to go up, it does the opposite and sells T-Bills to banks or to the public. When the bank or the individual pays for the T-Bill, the result is that bank reserves fall by the amount of the sale, and the reduced supply of reserves puts upward pressure on the federal funds rate.

How do changes in interest rates affect the economy?

The effects of these interest rate changes on the broader economy come mainly through changes in consumption, business, investment, and the construction of new housing. When interest rates -- the cost of borrowing money -- fall, the purchase of consumer durables tends to rise. Then both business and housing investment tend to rise as well (though less so when the economy is in recession). This increase in spending by households and businesses stimulates the economy and increases output and employment.

And, of course, when interest rates rise, perhaps to fight inflation in an overheated economy, the opposite happens. The consumption of durables, business investment, and housing construction fall and this slows the economy down.

Traditional policy works through what we might call "price easing." As the quantity of reserves is increased through open market operations, the price of reserves -- the federal funds rate -- falls and that stimulates the economy as described above.

But once the target interest rate hits zero (interest rates cannot be negative) and it cannot be lowered further, how can the Fed pursue its dual mandate?

The answer is that it can continue to purchase financial assets and increase the quantity of bank reserves, i.e. it can pursue "quantitative easing" once "price easing" has hit the lower bound (and the Fed has also broadened the types of financial assets it purchases beyond T-Bills as it has pursued quantitative easing. For example, it has also purchased mortgage backed securities).

How does quantitative easing impact the economy?

Traditional policy uses changes in interest rates to stimulate or slow down the economy, but since a fall in the target interest rate is not possible when it is at the lower bound, as now, how does increasing the quantity of reserves stimulate the economy?

Quantitative easing works through several channels. First, as the Fed creates more and more reserves, some of those will be used to purchase financial assets, and that tends to cause their prices to rise.That's one reason why we generally see increases in stock values during quantitative easing. The resulting increase in wealth tends to stimulate more spending.

Quantitative easing also puts downward pressure on exchange rates, and that should stimulate exports and decrease imports, which provides another means to stimulate the economy.

Finally, large increases in bank reserves tend to increase inflation expectations, and when people are worried that prices will rise in the future they tend to purchase more now and that provides another means to stimulate the economy. The increase in inflationary expectations also lowers real interest rates (interest rates adjusted for inflation), and that stimulates business investment, housing, and the consumption of durables. 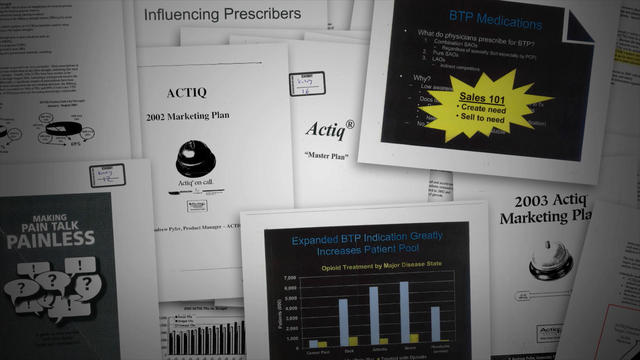 A former sales VP for a pharmaceutical company who was sentenced to prison tells 60 Minutes he bribed doctors to prescribe fentanyl drugs. Bill Whitaker reports. 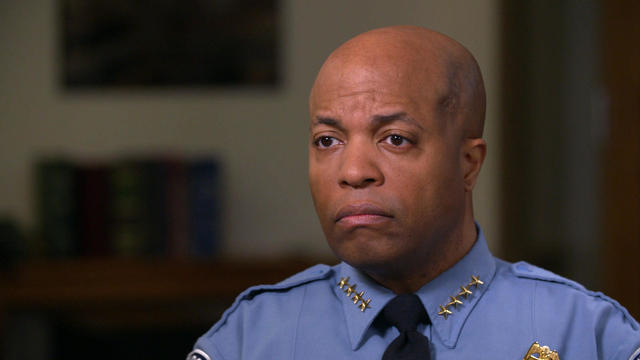 Arradondo tells Lesley Stahl how he's trying to mend the mistrust communities have for his police department, brought to a head after the killing of George Floyd.