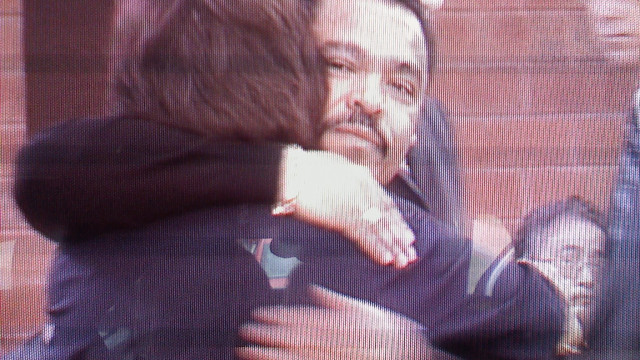 HARTFORD, Conn. -- A man who served more than 20 years in prison for a murder he did not commit has been awarded $6 million by the state of Connecticut.

Miguel Roman was released from prison in 2008 after DNA tests pointed to another man in the 1988 slaying of a 17-year-old girl in Hartford.

In the award decision issued Monday, Claims Commissioner J. Paul Vance Jr. apologized to Roman "for the burden that he was forced to suffer" during his imprisonment, the Hartford Courant reported.

Vance said, "No words or dollar amount will suffice to give him back the time that he lost and the misery that he endured." Roman, who is now 59, was sentenced to prison for 60 years after a jury convicted him in 1990 of the killing of Carmen Lopez.

Vance said Roman was convicted despite a lack of physical evidence tying him to the crime.

Another man, Pedro Miranda, was found guilty of the girl's murder in 2011 and is serving a life sentence.

The Connecticut Supreme Court in 2015 overturned a longtime practice that allowed multiple murder convictions for one killing in Miranda's case, CBS Connecticut reported.

In support of a request for $8.5 million, Roman said in a filing with the claims commissioner last September that he lived in constant fear that he might be hurt or assaulted during the 20 years, six months and 10 days that he spent in prison.

He said he still deals with bouts of anxiety and "ruminates over the injustice done to him and his losses." A pending lawsuit filed by Roman in federal court against the city of Hartford alleges misconduct by police who investigated the slaying of Lopez.