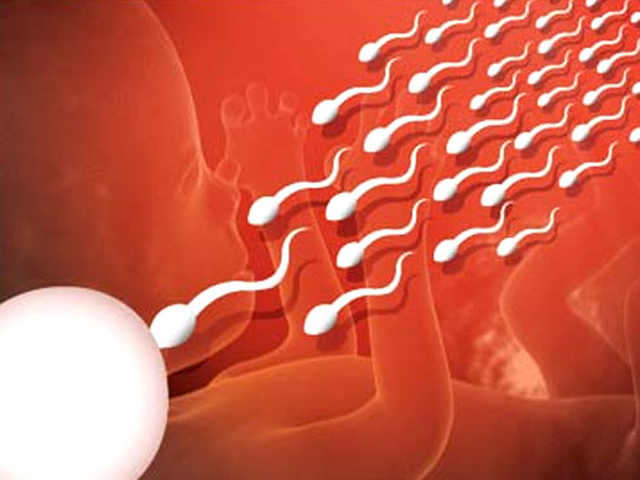 Men looking to boost their sperm count and quality may want to head to the gym or fish market -- and skip the processed meat aisle of the grocery store.

That's according to four new studies presented this week at an international fertility conference that looked at lifestyle factors and how they affect men's sperm.

"Helping men understand how their behavior may impact their fertility is very important," Dr. Rebecca Sokol, vice president of the American Society for Reproductive Medicine, said in a statement. "These studies help us provide better information to our patients."

Sperm is considered healthy if it has sufficient quantity, also known as sperm count. The Mayo Clinic notes that men are likely to be fertile if their ejaculate contains more than 15 million sperm per milliliter, and the sperm is of good quality (including a normal shape and structure) and movement (motility), which allows it to wiggle into an egg for fertilization.

Researchers decided to study a group of men to determine which factors did indeed affect sperm quality. The research was presented Oct. 14 at the American Society for Reproductive Medicine's (ASRM) annual meeting in Boston.

For the first study, nutrition research fellow Myriam Afeiche and her fellow Harvard School of Public Health researchers had more than 150 men who were in a relationship evaluated at the Massachusetts General Hospital Fertility Center. They were asked to complete questionnaires about their eating habits and provide sperm samples.

Men who ate the most dark meat fish -- including salmon, bluefish and tuna -- had a total sperm count about 34 percent higher than men who ate the least amount of fish.

For the next study presented at the conference, researchers led by Dr. Anatte Karmon, an instructor in reproductive biology at Harvard, recruited 166 men with an average age of 37 and took nearly 400 semen samples from them. They were also asked how often they drank alcohol and caffeinated beverages.

The results showed no negative relationship between alcohol and caffeine use and sperm count, quality and motility.

"Even though caffeine and alcohol are generally considered a risk factor for decreased fertility, we saw no evidence of that," study co-author Dr. Jorge Chavarro, an assistant professor of nutrition and epidemiology at the Harvard School of Public Health, said to HealthDay.

French scientists took a closer look at caffeine intake for the third sperm study, analyzing samples taken from nearly 4,500 men in infertile couples. They noted that a previous study found a slight decrease in sperm concentration and count among people who consume lots of caffeine, so they wanted to analyze the men to see if caffeine intake damaged sperm characteristics or DNA along the way.

Even though more than 75 percent of the men were coffee drinkers -- sipping on about three cups a day on average -- the researchers found caffeine intake did not have a detrimental impact on sperm.

While those studies looked at whether lifestyle habits may negatively effect sperm, a fourth presented at the conference examined whether healthy habits like exercise could actually boost sperm quality.

Another group of Harvard researchers studied about 140 male partners of couples using the Massachusetts General Hospital Fertility Center, and asked them to fill out questionnaires on their exercise habits. They also provided semen samples.

Males were divided into four groups based on the amount of physical activity. The researchers discovered sperm count was directly and significantly related to exercise, but not motility or shape.

Men who engaged in the most moderate-to-vigorous physical activity for seven hours a week had sperm concentrations 48 percent higher than men who exercised an hour a week or less.

Not all exercises helped: Jogging and bicycle riding had no effects on sperm concentration, with the latter even tied to more than a 30 percent drop in sperm count.

Study author Audrey Gaskins, a graduate student at Harvard School of Pubic Health, told HealthDay that a bike seat adds pressure against the testicles and increases temperatures, which may explain the drop in fertility.

Which exercise boosted sperm counts the most? Weightlifting.

"Weightlifting has been shown to increase testosterone levels and improve insulin sensitivity," Gaskins said. "Both of those have been related to higher sperm concentrations."

The new studies are considered preliminary since their findings have yet to be published in a peer-reviewed journal.