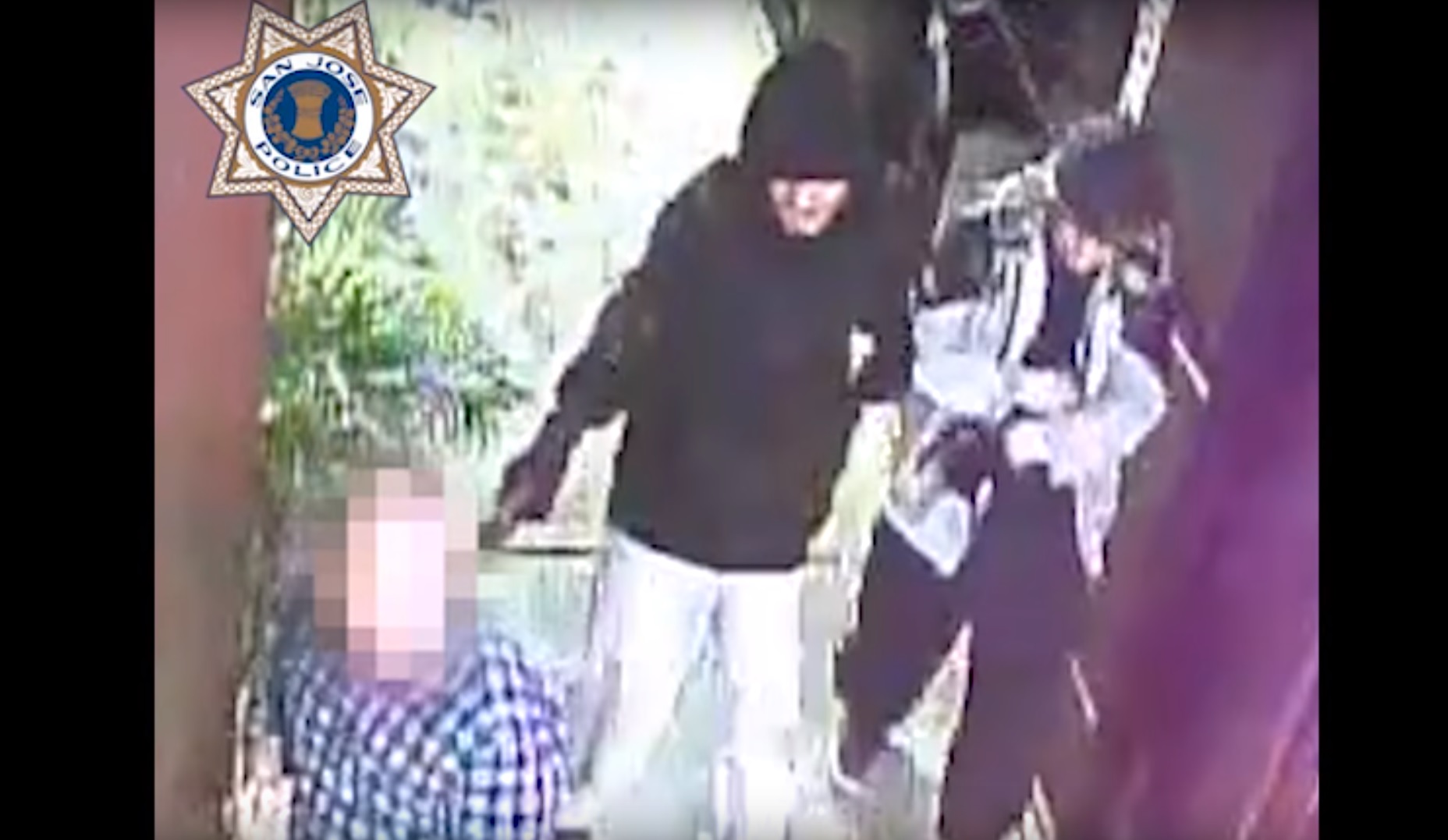 SAN JOSE, Calif. -- Investigators released surveillance video Tuesday from two San Jose murders, one of which appears to show the moments before a man was shot and killed execution-style while standing in an alley, reports CBS San Francisco.

Another video depicts the moments just before a murder on March 11, at the Bon Mua Café. The video shows an armed man in a beanie, zipped-up sweatshirt and pants run through a hallway before shooting two men. Brian Le, 43, died from his injuries.

Investigators believe the two killings may be connected, and say they might even be related to two other murders, for which no videos have been released.

The most recent killing was around 9:20 p.m. on June 27, when 26-year-old Justin Tran was killed. The suspects were scene in a black four-door Lexus made between 2008 and 2013. One of them walked up to the driver's side of Tran's car and shot him multiple times, according to police.

The earliest incident dates back to April 6, 2013, when officers found 37-year-old Viet Tran of San Jose with at least one gunshot wound.

Tran was pronounced dead at the scene, the site of a large party at an auto body shop. When police arrived that night, many at the party barricaded themselves inside, according to officials.

Police detained 25 people at the party and learned many had links to Vietnamese criminal street gangs.

Investigators do not have suspects in the murders.

Anyone with information on any of the cases is asked to call the Police Department's homicide unit at (408) 277-5283. Those who wish to remain anonymous may call Silicon Valley Crime Stoppers at (408) 947-7867.