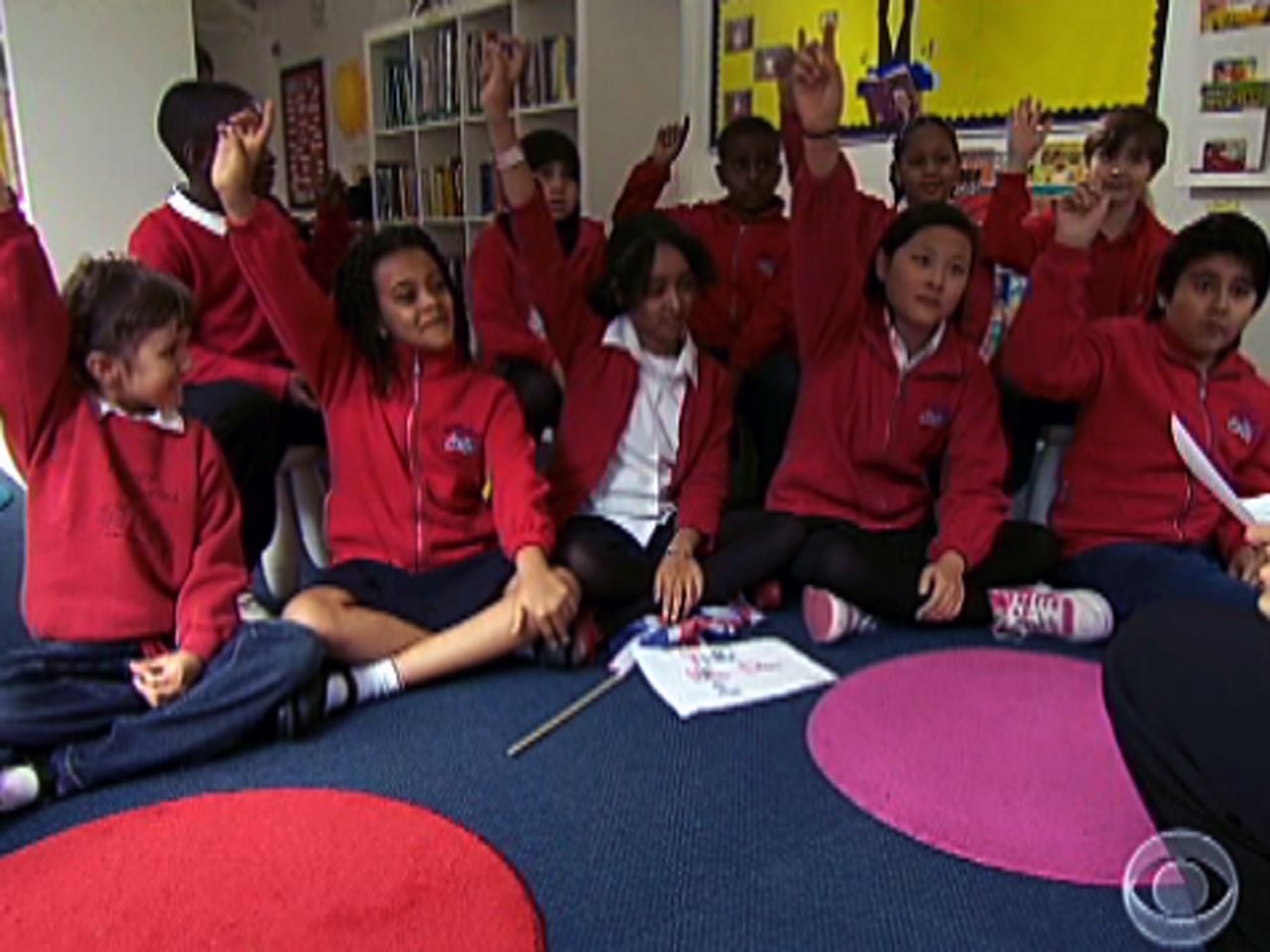 So what do British kids think of all the excitement in London week? We went to ask them, and we learned something about them and the changing face of their country.

At a school pageant celebrating the royal wedding, Vivaldi played as guests found their seats on the gym floor and ace reporters caught every celebrity arrival.

"We are thrilled to have been included in such a special occasion," the mini version of Posh and Becks said.

Even the Queen was on hand to give her blessing.

"Do you approve of the princess?" said a boy playing a reporter.

"Oh, yes, she will one day make a wonderful queen," said a girl playing the Queen.

When asked how many of them are excited about the royal wedding, all of the children's hands went up.

A boy named Dominic said he's excited "because it's happy to see two people that meet each other...so they can live happily ever after."

Another student, Sania, said she's going to go outside to get a glimpse of the bride and groom.

The kids at Millbank Primary School live just blocks away from the site of the royal wedding, but in some ways, they're a world apart.

"They might have been born here, they might have only gone to school here, but their first two to three years were speaking Arabic or Bengali or Albanian, whatever it might be," said Alyson Russen, head teacher at Millbank.

The 450 students speak a combined 33 languages.

In 1981, when Diana married Prince Charles, immigrants made up about 6 percent of the population of the United Kingdom. Today, that number has nearly doubled.

The students come from countries like Sudan, Ethiopia and South Korea.

Half of London's 1.2 million school-aged children are racial or ethnic minorities. The Millbank neighborhood is home to many of the new faces of the United Kingdom.

When asked what they think makes a good family, Romaissa said, "Working together."

"Loving each other," said Max.

"Being happy for each other," said Domin.

What do the students have in common with Prince William and Kate Middleton?

"We're all humans at the end of the day," said Amin.

"I think anyone can be a princess by behaving and being kind," said Sanja.

This week they learned about the royal family -- but they already know plenty -- about family values.