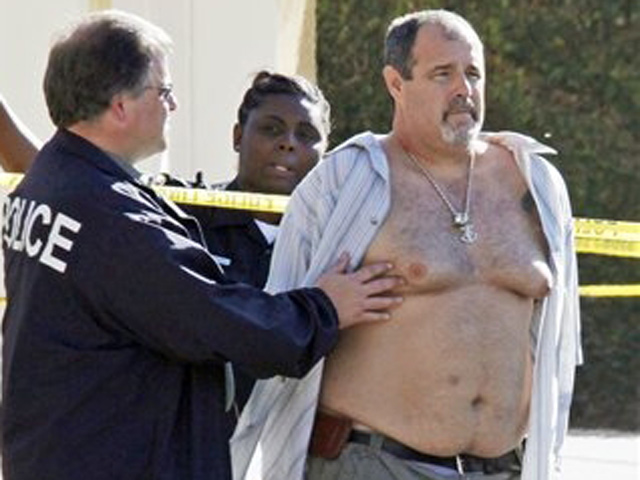 (CBS/KCBS/AP) SEAL BEACH, Calif.- The ex-wife of the man suspected in the hair salon shooting rampage that left eight dead in Seal Beach, Calif., claimed in court filings this year that he was unstable and physically abusive to her during their marriage.

Michelle Fournier Dekraai made the allegations in May in a filing involving the custody of their 7-year-old son.

She said Scott Dekraai was "almost manic" when it came to decisions about their son. She asked the court to decline his request for more time with the boy.

Police have not indicated that she was among the victims.

Meanwhile, Michelle Dekraai's co-workers told CBS station KCBS that she was afraid of him. They also said that he threatened her with guns in the past to the point where she had a restraining order against him.

Police are searching Dekraai's Huntington Beach home that he shares with his third wife, Mindy, reports the station.

Dekraai is scheduled to be arraigned on murder charges Friday.