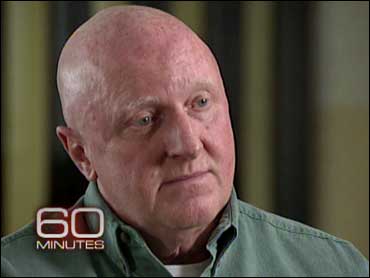 ALBANY, N.Y. A New York state parole board agreed Tuesday to release former Tyco chief executive Dennis Kozlowski on parole after more than eight years in prison for his conviction in a $134 million corporate fraud case.

His tentative release date is Jan. 17, though Kozlowski has been in the state's work-release program with a clerical job and, for months, only reporting back twice weekly to minimum-security Lincoln Correctional Facility in Harlem.

He follows the security systems company's former chief financial officer, Mark Swartz, who was released by a parole board in October.

The men collectively paid $134 million in restitution to Tyco International Ltd. and $105 million in fines to the state after their 2005 convictions, their attorneys said.  They were sentenced to 8 1/3 to 25 years in prison for grand larceny, conspiracy, falsifying records and violating business law. They were found guilty of giving themselves illegal bonuses and forgiving loans to themselves from 1999 to 2002.

"Mr. Kozlowski is grateful to the parole board for its decision to grant him parole," attorney Alan Lewis said Tuesday. He declined further comment.

Under the parole decision, Kozlowski, now 67, agreed not to communicate with Tyco or Swartz without his parole officer's permission. The transcript of his latest parole interview was not immediately available Tuesday.

At his last parole hearing in April 2012, where release was denied, Kozlowski said he'd been unofficially offered a plea bargain by prosecutors for two to six years in prison, which he'd turned down. He said that he'd rationalized at the time that he wasn't guilty. His first trial ended with a hung jury.

"Back when I was running Tyco, I was living in a CEO-type bubble. I had a strong sense of entitlement at that time," Kozlowski told the board.

He said he had a sense of greed and "stole a lot of money, and I did it the way you described through bonuses. I'm very sorry I did that."

The Manhattan District Attorney's Office, which prosecuted the case, declined to comment Tuesday.