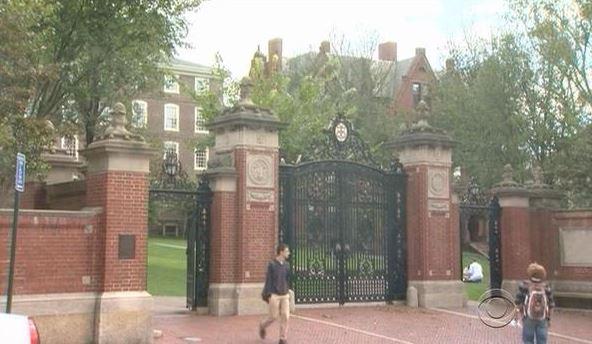 PROVIDENCE, R.I. -- A female former Brown University student is suing the Ivy League school over how it handled her allegations that she was drugged at a fraternity party and later sexually assaulted.

The lawsuit, filed Thursday in U.S. District Court in Providence, raises the question of whether Brown dropped a disciplinary proceeding against the male student who allegedly drugged her to protect him because he was the son of a trustee. Brown previously denied it was a factor.

It’s the latest in a wave of legal actions brought against Brown and other universities accused of mishandling sexual assault cases under the federal Title IX law, which is designed to prevent gender discrimination in education. This case sparked a protest at Brown last year, when hundreds of students silently marched across campus, many with dollar bills taped across their mouths to signify their feeling that money and influence were more important than victims of sexual assault.

The woman, identified as Jane Doe in the lawsuit, says after she and a friend were unwittingly drugged by the trustee’s son in October 2014, she was sexually assaulted by a different male student in her dorm room. Doe is suing Brown, the Phi Kappa Psi fraternity and the trustee’s son, identified with the pseudonym “John Smith” in the complaint.

The man accused of sexually assaulting her was found “not responsible” in a school disciplinary proceeding that Doe argues was flawed. He is not named in the lawsuit.

Doe says Brown badly mishandled the case, including by taking blood, urine and hair specimens but failing to perform the proper tests or sending the samples to disreputable labs that then botched the testing. The labs returned results that were inconclusive about whether the two women had been drugged.

Brown then dropped the disciplinary process against the trustee’s son after the lab tests came back inconclusive, “despite his admission and the testimony of other witnesses that he was the brainchild of the unregistered party, had in fact purchased the alcohol, and had served an alcoholic beverage he made specially for Ms. Doe and her companion, which incapacitated both women,” the lawsuit reads.

In January 2015, the fraternity was stripped of university recognition for four years, but the next month the sanction was eased to 2½ years after the drug testing evidence was thrown out.

Doe’s lawyer, Miriam Weizenbaum, said there was ample other evidence that the women had been drugged, including an emergency responder who cared for Doe’s friend, surveillance video and eyewitnesses.

“Whether or not it was preferential treatment, it’s a violation of Title IX to drop those proceedings,” Weizenbaum said.

Brown said in a statement Thursday it was reviewing the complaint and would respond through the legal process. President Christina Paxson has previously rejected the suggestion that there was improper influence in the case of the trustee’s son.

In a 2015 letter to the campus community acknowledging the problems with testing, Brown administrators said they had since made improvements to the complaint process and called the case “complicated and difficult.”

“While the decisions that have been reached are, we believe, fair and appropriate, we fully appreciate that not all members of the community do or will agree with us,” they said.

The fraternity also did not immediately return an email seeking comment. Its chapter at Brown previously said its members did not serve a spiked drink to the woman.