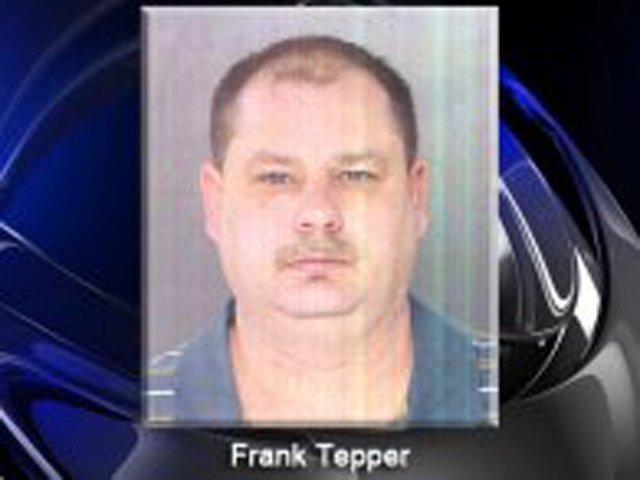 (CBS/AP) PHILADELPHIA - A former Philadelphia police officer who shot an unarmed neighbor during a drunken melee outside a baby shower will likely spend his life in prison after being convicted of first-degree murder Thursday.

Assistant District Attorney Mike Barry said Thursday that no one - not even police - can recklessly shoot someone in the chest and get away with it.

The November 2009 slaying of William Panas Jr., 21, by off-duty Officer Frank Tepper stoked tensions in the city's Port Richmond neighborhood. A fight had erupted outside Tepper's rowhouse durning an evening shower for his daughter. Panas had been drinking with friends and came to investigate.

According to Barry, The young man questioned Tepper's will to shoot as the officer pointed a gun at his chest. Tepper, who had been drinking, proved him wrong.

"He just couldn't handle that insult," Barry said after the verdict. "He's a police officer. He knows what's going to happen when you shoot someone in the chest."

Defense lawyer Fortunato Perri Jr. argued that Tepper fired in self-defense. But he said he respects the jury's work during several days of deliberations.

The courtroom erupted in hysteria when the verdict was announced. Tepper's wife and daughter screamed, and were led out along with Panas' relatives.

"It ain't gonna bring our boy back, but you know what, my son is looking down right now saying 'good job mom and dad and community, thank you for standing behind me when I shot down and murdered,'" Panas' father, Billy Panas Sr. said outside after the verdict was read, reports CBS Philadelphia.

The former officer will be formally sentenced on March 29. First-degree murder carries a life without parole sentence in Pennsylvania. He was also convicted of a weapons charge and reckless endangerment.