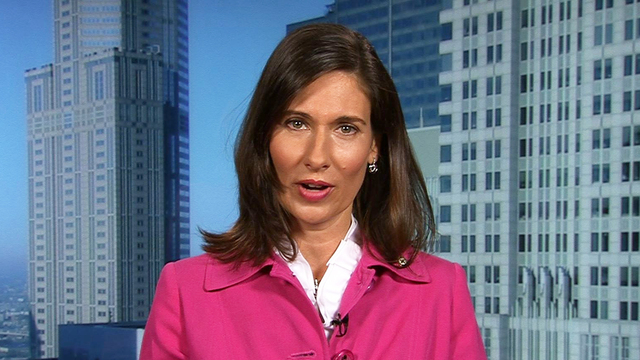 After a reported near collision between an Alaska Airlines passenger jet and a cargo plane over Anchorage's Fire Island on Tuesday, the former chair of the National Transportation Safety Board said such near-collisions is what "keeps a lot of people up at night" in the aviation community.

Deborah Hersman, who was chair of the agency until March 2014, appeared on "CBS This Morning" Thursday to discuss the latest incident in which Alaska Airlines Flight 135 barely avoided an Ace Air Cargo Beechcraft 1900 prop-jet taking off from a runway at Ted Stevens Anchorage International Airport. Both planes veered right putting them just a quarter-mile apart at the same elevation. The jet with 148 people on board landed safely.

"Airport environments are inherently risky," Hersman said. "There's so much going on, and that's an area where something can happen. The NTSB has had this issue on their most-wanted list consistently since its inception. So it's something that is of grave concern to everyone in the aviation community. In fact, it's probably what keeps a lot of people up at night, is making sure that as traffic increases -- that's good news for the economy -- but as traffic increases, where are the risks in our system?"

Hersman said that there are thousands of "near events" every year but only about 40 of those are as severe as the Alaska Airlines incident. She stopped short of saying these types of incidents are on the rise but said that it's crucial that they are being reported.

"That's the first step in determining what happened to make sure that they don't happen again. But I think what's concerning people is that we've heard about a lot of them in the recent weeks," she said.

Doctor, NICU nurse who cared for him reunited

"The good news is, that we haven't had one of these turn into an actual event that's resulted in fatalities," Hersman said. "The bad news is we still see some of the same things happening year in and year out, and we've got to do a better job of preventing them in the first place."

The NTSB is investigating the latest incident in Alaska.