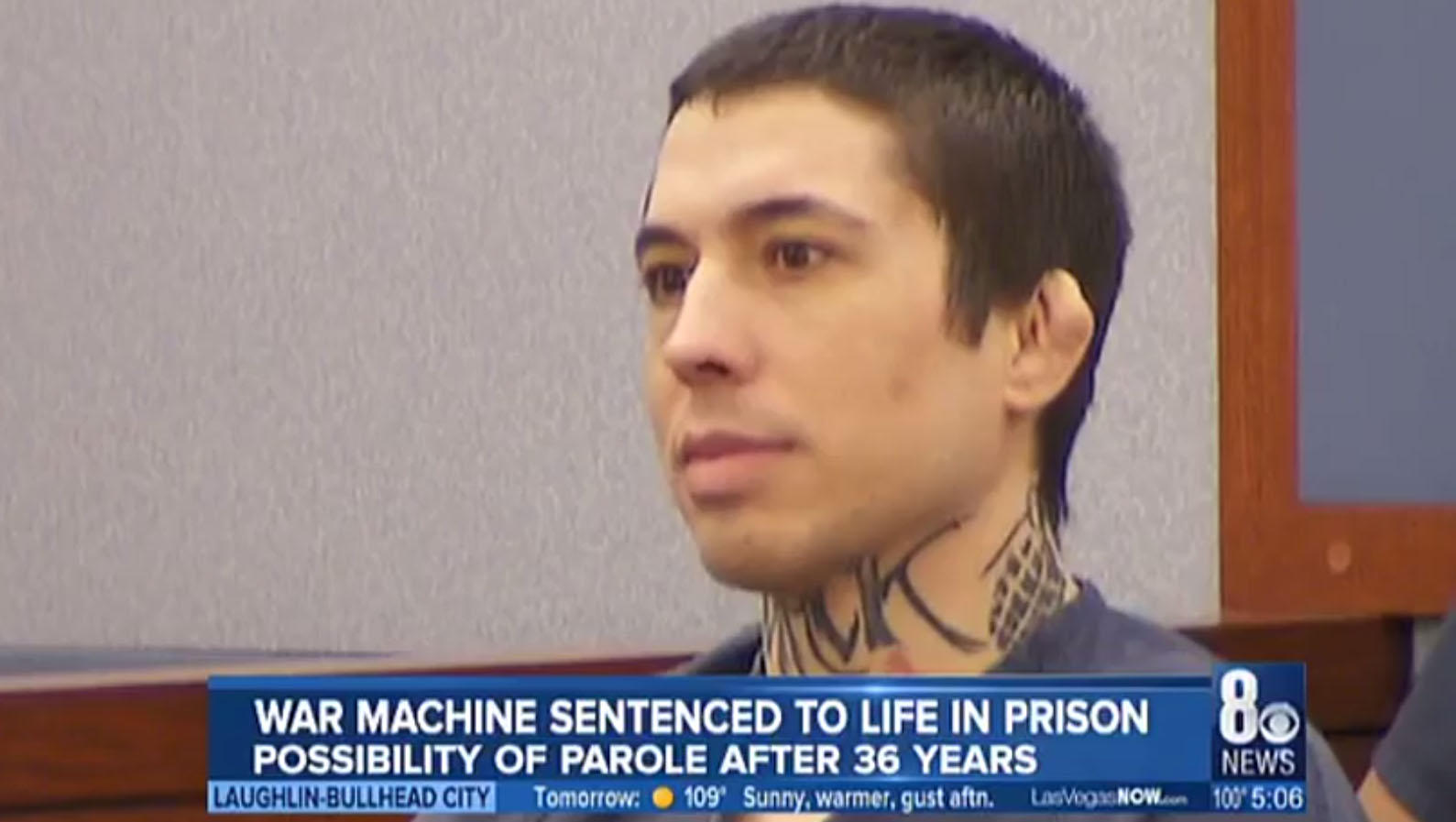 Jonathan Paul Koppenhaver, 35, offered an apology full of self-loathing during his sentencing on 29 felony and misdemeanor charges in the attacks on Christy Mack and Corey Thomas. He called himself a "very lost, very empty person" who hated his aggressive impulses and "should have killed myself by now."

"Sometimes I didn't realize what I did until I'd already done it," Koppenhaver told Clark County District Court Judge Elissa Cadish. "I hate that this happened."

Koppenhaver will be 71 before he's eligible for parole.

His lawyer, Jay Leiderman, said Koppenhaver tried to hang himself in jail in January, but that he has turned to religion and wants to become a role model behind bars.

The Associated Press normally does not identify people who say they are victims of sexual assault, but Mack gave AP permission to use her name. She has spoken publicly about her experience with domestic violence. Her legal name is Christine Mackinday.

She, her mother and Thomas also spoke during a lengthy sentencing hearing that Leiderman tried to avoid altogether.

The judge rejected Leiderman's bid for a new trial based on an obscure 1911 state law that the defense attorney said would have let Koppenhaver tell the jury that he "just lost it" and fell into a blind rage amounting unconsciousness during the attacks, and therefore could not have known he was committing a crime.

Leiderman said later that he will appeal to the Nevada Supreme Court.

Koppenhaver didn't testify at his two-week trial on 34 charges. The jury in March failed to reach a verdict on two attempted murder charges. The jury acquitted him of three lesser counts - battery with intent to commit sexual assault, burglary with a weapon and sexually motivated coercion.

Leiderman characterized Koppenhaver at trial as a "raging bull" with brain injuries from his fighting career and emotions inflamed by the use of steroids and non-prescription stimulant and antidepressant drugs that could have caused mood swings and violence the defense attorney termed "roid rage."

Koppenhaver legally changed his name to War Machine during his fighting career. He made his Ultimate Fighting Championship debut in 2007 and had a 14-5 record as a welterweight. He used his given name in court proceedings.

The attack occurred after Koppenhaver arrived unexpectedly at Mack's home.

Thomas testified that he suffered a broken nose, dislocated shoulder, scrapes, bruises and bite marks before asking Koppenhaver if he was going kill him or let him go.

Mack said she ran bleeding to neighbors' homes when Koppenhaver went to the kitchen to fetch a knife.

Koppenhaver was arrested a week later in the Los Angeles suburb of Simi Valley. He was returned in custody to Las Vegas.