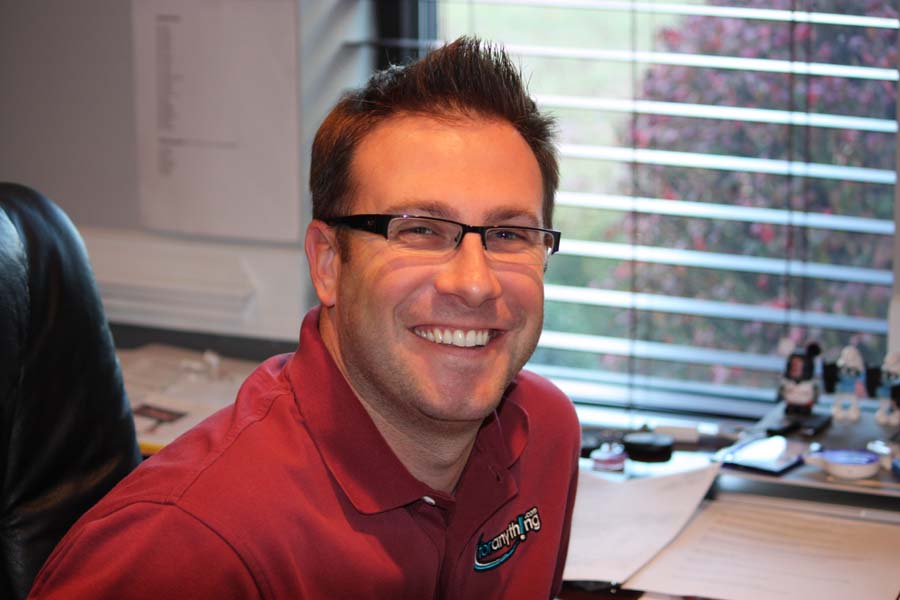 Jeff Morin started his first company in an unlikely place: aboard the amphibious assault ship USS Wasp, in the middle of the Red Sea, shortly after 9/11. The then 19-year-old Marine used what precious little down time he had and his technology expertise to start Coins For Anything, a business selling so-called challenge coins, or military memento and recognition medallions, online. Today his company employs 30 people and counts not only the armed forces, but some of the largest companies in the world, among its customers.

Like most successful entrepreneurs, Morin wasn’t good at sitting still, his mind constantly buzzing with ideas for new products and markets. One of the product categories that appealed to him was multi-tools, the pocket-sized implements of a jillion uses. He had some unique concepts, but was hesitant.

"We are disciplined about staying in our lane, and we weren’t in the multi-tool business," Morin said. "I felt we could expand there, but needed a way to see if the market agreed with me, without diverting resources from our main business."

Morin found the solution in crowdfunding. He chose Kickstarter, the best known of what has become an industry of over 500 sites, to see if people might be interesting in helping to fund his first multi-tool design.

They did -- his campaign raised more money than he asked for, and the product was a hit. Buoyed by that first success, Morin designed a second tool and did it again, and again hit an overfunded home run. All told, Morin has run four Kickstarter campaigns, collectively raising 300 percent of their target funding.

"Of course the money is a big help for us in tooling up and launching new products like these," Morin says. "But as important is the uniquely real validation that comes from people pitching in to help bring them to market."

Through four successful crowdfunding campaigns – as well as playing a supporting role in several others – Morin has fine-tuned his approach to the process. Here are his five most important tips for anyone thinking of jumping on the crowdfunding bandwagon:

1. Presentation is everything. "You must look at crowdfunding as a sales and marketing effort no different from any other," Morin said. "Your image will be one of the main determinants of success or failure.” He reinforces the advice of other successful crowdfunders – don’t cut corners on the messaging and media used in your campaign. Quality video and other images, good, descriptive copy and a presentation that speaks to your seriousness and credibility are key; without them, your chances of success go way down.

2. Make any surprises pleasant ones. "Despite the best of intentions, many campaign hosts have alienated their backers by falling short on promises, in particular on delivery dates for products and funding rewards." Morin’s advice is to err on the side of caution when estimating milestone dates; better to build in some breathing room and deliver on time – or better yet early – than disappoint the people who put their faith and cash in you. This becomes particularly important if you plan to run future campaigns – Morin drives this point home by mentioning that of the 545 backers of his most recent campaign, more than half had contributed to the one before it.

3. Be hyper-responsive. "Backers are making a financial, and often emotional, investment in you, and they want and deserve your attention and commitment in return," Morin said. Answering questions immediately and thoroughly, providing any and all information requested, posting regular progress updates, and staying active in social media discussions about your campaign are all critical to winning support, he explained.

4. Make the most of the platform. Many fundraisers don’t familiarize themselves with all of the campaign management tools the sites may offer. In Morin’s case, one of the best examples is the ability to test different product categories on Kickstarter. "With one of our campaigns, we tested moving the product from the design category to the fashion segment, and actually got better results there." Of course, every crowdfunding site is different, but the lesson is the same: Learn the ropes, or risk leaving money on the table.

5. Know the numbers. "Crowdfunded money isn’t free," Morin said. Aside from the cost of the rewards and shipping, there are potential tax implications (money raised without selling equity is generally treated as income), the funding platform commission and transaction processing costs. "If you don’t factor all of this into your plan and model it at different funding levels, it is in fact possible to become a victim of your own success," he said.

Browsing through crowdfunding sites, it becomes clear that many people think of the opportunity as easy money, or at least something at which it’s worth taking a quick shot, much like buying a scratch-off ticket. You can usually spot them because they’re not funded. There are certainly well-run campaigns that don’t hit their marks for one reason or another -- the product might not hit the mark, or the funding target might be too ambitious.

But poorly executed efforts are virtually guaranteed to fail, even if the product or business being pitched is interesting.

Morin and others who succeed at crowdfunding treat it as a serious venture, requiring planning and hard work. Successful crowdfunders say that a properly run campaign is effectively a full-time job.

Indeed, raising money from the masses is a business of its own.