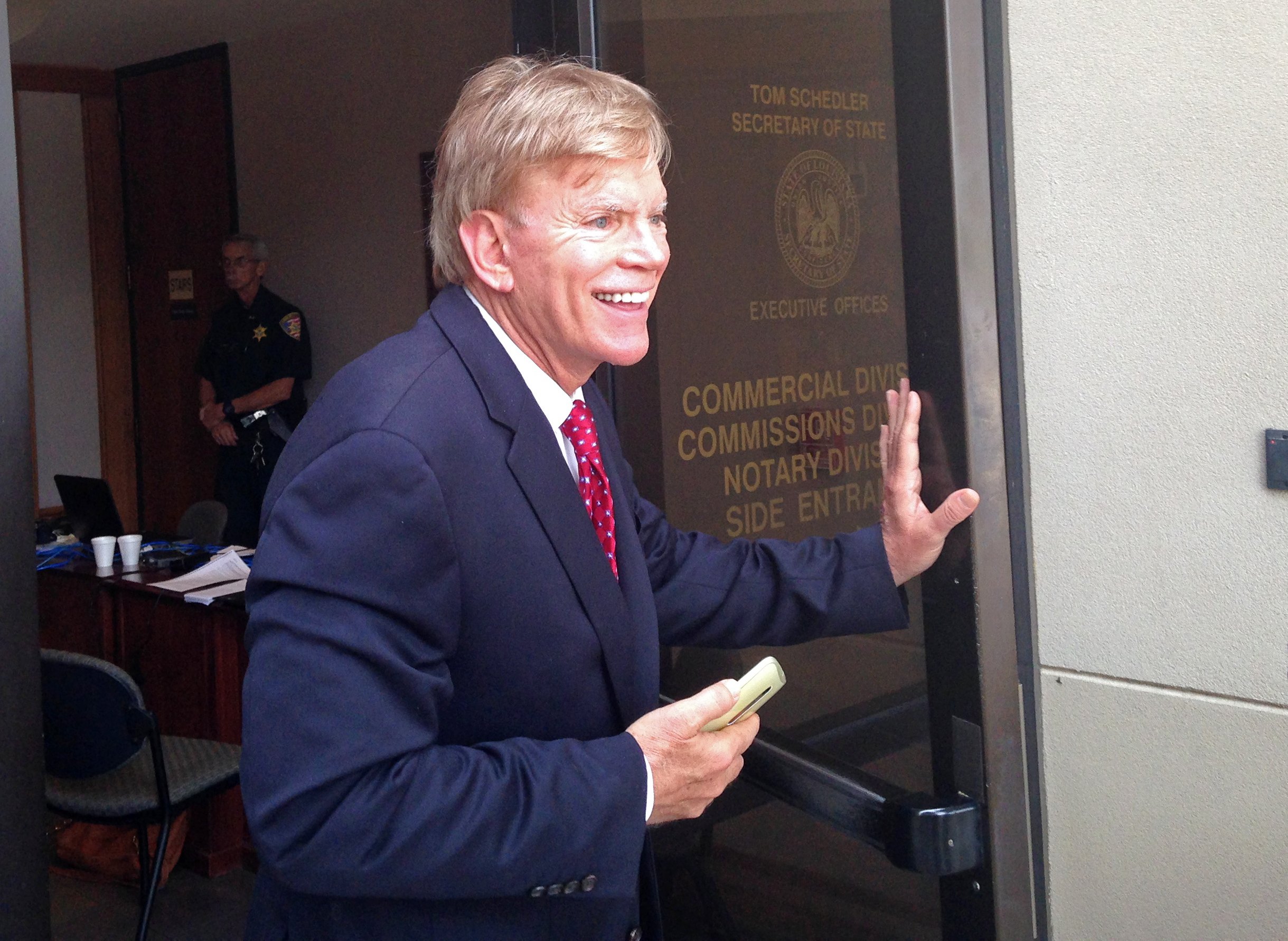 Former KKK Grand Wizard David Duke continued his months-long defense of Donald Trump in an interview with NPR Friday, saying that the GOP nominee is "not a racist" and declaring that he would be a strong backer of Trump's legislative agenda if he won a Senate seat.

Responding to some criticisms -- including those from Republicans -- that some of Trump's comments during his campaign are racially-charged, Duke told NPR's Steve Inskeep that "these are just nothing more than epithets and vicious attacks."

"Donald Trump is not a racist," the white nationalist said. "And the truth is, in this country, if you simply defend the heritage of European American people, then you're automatically a racist."

He asserted that actually, "there's massive racial discrimination against European Americans, and that's the reality."

Duke said that there's a "very vicious anti-white narrative" in Hollywood, which he claimed was not controlled by European-Americans.

When Inskeep asked whether Duke was referring to Jews in the media, Duke replied: "Well they're from the Middle East, that's not European. That's not European, is it? That's Middle Eastern. And they have a particular orientation for their positions and their programs."

Duke, who is running for U.S. Senate in Louisiana, said he would be "100 percent" supportive of Trump's legislative agenda if he won his race. c

"As a United States senator, nobody will be more supportive of his legislative agenda, his Supreme Court agenda than I will," Duke said. "I'm 100 percent behind it. I have a long record of being in favor of protecting our borders from this massive immigration."

Trump, for his part, has said before that he does not support Duke and has condemned some of the ex-KKK leader's remarks, including those about "Jewish extremists." Duke, however, has said Trump's presidential candidacy inspired him to run for Senate.

GOP leaders like Republican National Committee chair Reince Priebus have also disavowed Duke, saying that the man's "hateful bigotry" have no place in the party.

"I don't know if [Trump]'s with me or not, but I would hope that he and others would realize the same lies they make about him is what they say about me," Duke told NPR. "I've always said that I'm equal rights for all people, but I also believe that European Americans shouldn't be facing discrimination either."

Asked whether he believed Trump voters would support Duke, he said "of course they are."

"I represent the ideas of preserving this country and the heritage of this country, and I think Trump represents that as well," he said.