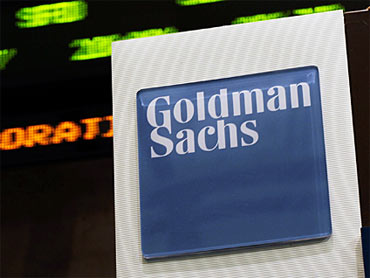 Federal regulators have charged a former Goldman Sachs board member with insider trading, saying he provided confidential information to the central figure in a major hedge fund probe.

The Securities and Exchange Commission announced the civil charges against Rajat Gupta on Tuesday. The agency said Gupta gave Raj Rajaratnam, the founder of the Galleon Group hedge fund, confidential information about quarterly earnings of Goldman and Procter & Gamble, where he is currently a board member. Gupta also is a board member of AMR Corp., the parent company of American Airlines.

The SEC also said Gupta provided Rajaratnam with confidential information about Berkshire Hathaway's planned $5 billion investment in Goldman at the height of the financial crisis.

Rajaratnam used the information from Gupta to illegally profit in hedge fund trades, the SEC said.

Rajaratnam, a one-time billionaire who is free on $100 million bail, is scheduled to go on trial next week in a probe that has resulted in criminal charges against more than 25 people. Of those, 19 have already pleaded guilty to charges with the majority of them cooperating.

Prosecutors have said Rajaratnam generated profits of more than $50 million by getting inside information about earnings statements by public companies and plans for mergers and acquisitions. He has pleaded not guilty and has maintained that he only traded on information that was already public.

The information on Goldman, provided in 2008, made Rajaratnam's funds $17 million richer, the SEC said. The Proctor & Gamble data created illegal profits of more than $570,000 for Galleon funds managed by others, the SEC said.

Gupta was an investor in some of the Galleon hedge funds when he passed the information along, and he had other business interests with Rajaratnam that were potentially lucrative, the SEC said.

Jim McCarthy, a spokesman for Rajaratnam, declined to comment on the civil charges against Gupta.

The case against Gupta will be heard by an administrative law judge at the SEC. That proceeding will determine whether Gupta should pay restitution and civil fines and if he should be barred from serving as an officer or director of a public company, the SEC said.

The criminal securities fraud against Rajaratnam, who has both U.S. and Sri Lankan citizenship, was announced in October 2009 by federal prosecutors in Manhattan. Prosecutors described it as the largest hedge fund insider-trading prosecution in history. It was also described as the first time investigators made extensive use of wiretaps in an insider-trading probe. The investigative tool is more traditionally used in drug and organization crime probes.

Late last year, prosecutors revealed that the Rajaratnam investigation had resulted in an expanded probe focusing on those in the securities industry who provide insider information about public companies to hedge funds, but disguise the information as the product of research.