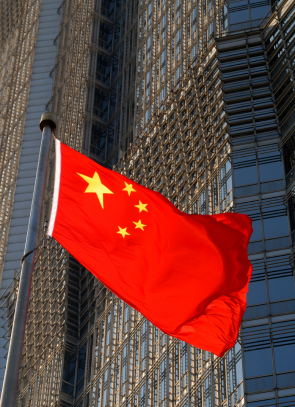 The cause is the air rushing out of its housing bubble and, just as in the U.S., taking everything down with it.

What's especially scary is that if the official data is showing a downturn, then the reality is certainly much worse. Economic statistics from the People's Republic are notoriously unreliable. They are produced to serve political ends, a fact acknowledged by no less than Vice President Xi Jinping, who is expected to be the nation's next leader.

Bloomberg recently added up all the debt disclosed by China's 231 local government financing companies through Dec. 10. It found they had borrowed $622 billion. This is more than the European bailout fund and dwarfs the amount reported by the government and Chinese banks. While that is bad, it gets worse: There are 6,576 such entities in China, according to the National Audit Office. That audit office put the total debt for all those entities at $759 billion. This means 231 borrowers -- or 3.5 percent of the total number -- are responsible for more than three-quarters of the overall debt. If you believe that ...

The whimsical nature of official Chinese data explains why markets reacted so badly when Chinese Premier Wen Jiabao said 2012 GDP growth would be 7.5 percent instead of the 8 percent it has been for the previous seven years. China always hits or surpasses its numbers because it makes them up. (The official China Daily newspaper offered a priceless explanation for Wen's announcement: "By decelerating its GDP growth to 7.5 percent, the slowest since 2005, the Chinese government aims to promote the quality of its economic growth.")

So, what does it mean when even the made up number has to be lowered? Nothing good.

Property values in China are plummeting. Premier Wen has even gone so far as to say that housing prices remain far from reasonable. In an effort to shore them up the government has put in strict restrictions against new home construction. It has also eased capital requirements for three of the nation's largest banks making it easier for them to make loans.

This last move isn't a good one because China's banking sector is unsound, to put it mildly. If the banks are going to weather the current storm they need to have more cash on hand right now, not less.