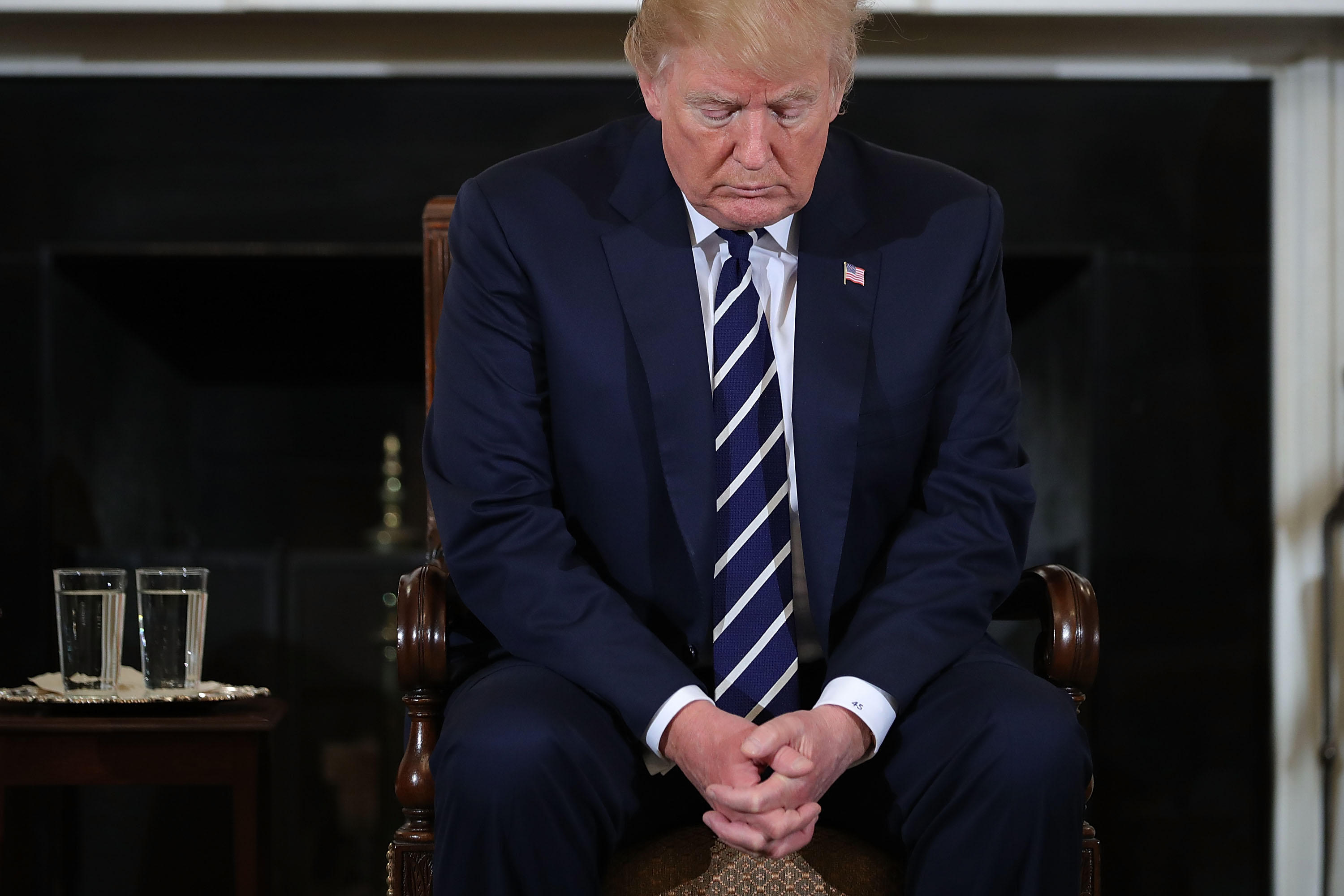 President Trump won 80 percent of the white evangelical vote in the 2016 presidential election -- and while that support has waned slightly, many still back his agenda. And it's those same voters who are now reading headlines about a scandal involving at least four evangelical leaders in what may be their own #MeToo moment.

At least 70 percent of white evangelicals approve of Mr. Trump's job performance while 26 percent disapprove, according to CBS News polling held March 8-11, 2018. This was taken shortly before the adult-film star Stormy Daniels' interview on "60 Minutes" where she described an alleged sexual encounter with Mr. Trump in 2006.

Even after that bombshell report, Republican strategist and CBSN political contributor Leslie Sanchez told CBSN's Tanya Rivero that evangelicals aren't up in arms.

"If it was something that happened in the White House while Mr. Trump was president, it would have changed the dynamic completely," Sanchez said. "But because these things happened prior to him becoming a born-again Christian or really coming to faith asking for grace, a lot of people feel that it's a different conversation. And they dealt with it before voting for him as president of the United States."

Sanchez says many look to grace, acceptance, forgiveness and that everyone is flawed.

At least four evangelical leaders have been accused of improprieties ranging from adultery to sexual abuse, according to a recent report in The Washington Post. Sanchez said evangelical Christians are OK with being exposed to the gritty details all in the name of healing.

"It may feel, especially in the Christian community, that it's a positive thing," Sanchez said. "This kind of sexual innuendo, abuse -- where there is these type of victims -- should be exposed so that they can heal and get to the next level."

"Some would argue, from a conservative perspective, the shoes have not dropped," Sanchez added. "Some of the victims, some of the women on the conservative side feel that their voices are not given that legitimate platform that they should."

Watch more of Leslie Sanchez's interview on CBSN in the video player at the very top of this page or by clicking here.