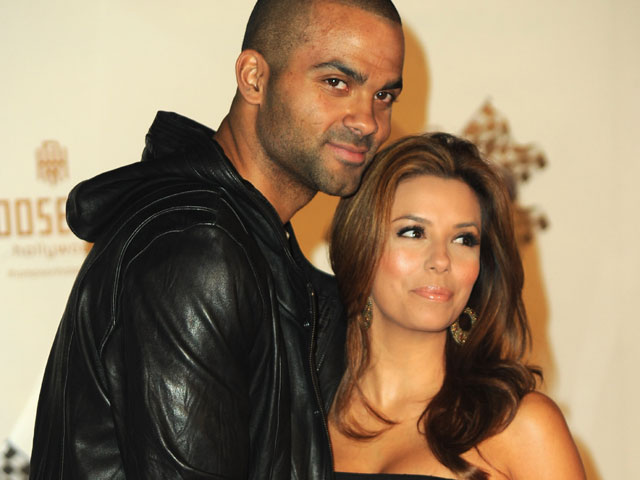 NEW YORK (CBS) Although they're currently going through a divorce, Eva Longoria and Tony Parker don't seem to mind each other's company.

The two former lovebirds were spotted having lunch together at a Los Angeles hotel Wednesday, People magazine reports.

"It was just a friendly lunch to work out the details of the divorce," a source close to the pair told US magazine.

Longoria, 35, filed for divorce in Los Angeles from Parker, 28, last month amid cheating allegations. A few days later, the San Antonio Spurs star filed his own divorce papers in Texas.

The NBA star's counter-filing is reportedly a "standard procedure," a source close to the matter told People.

"This was not meant to escalate things," the source added. "He filed his own papers to protect his rights during the proceeding. They are still committed to working this out together amicably."