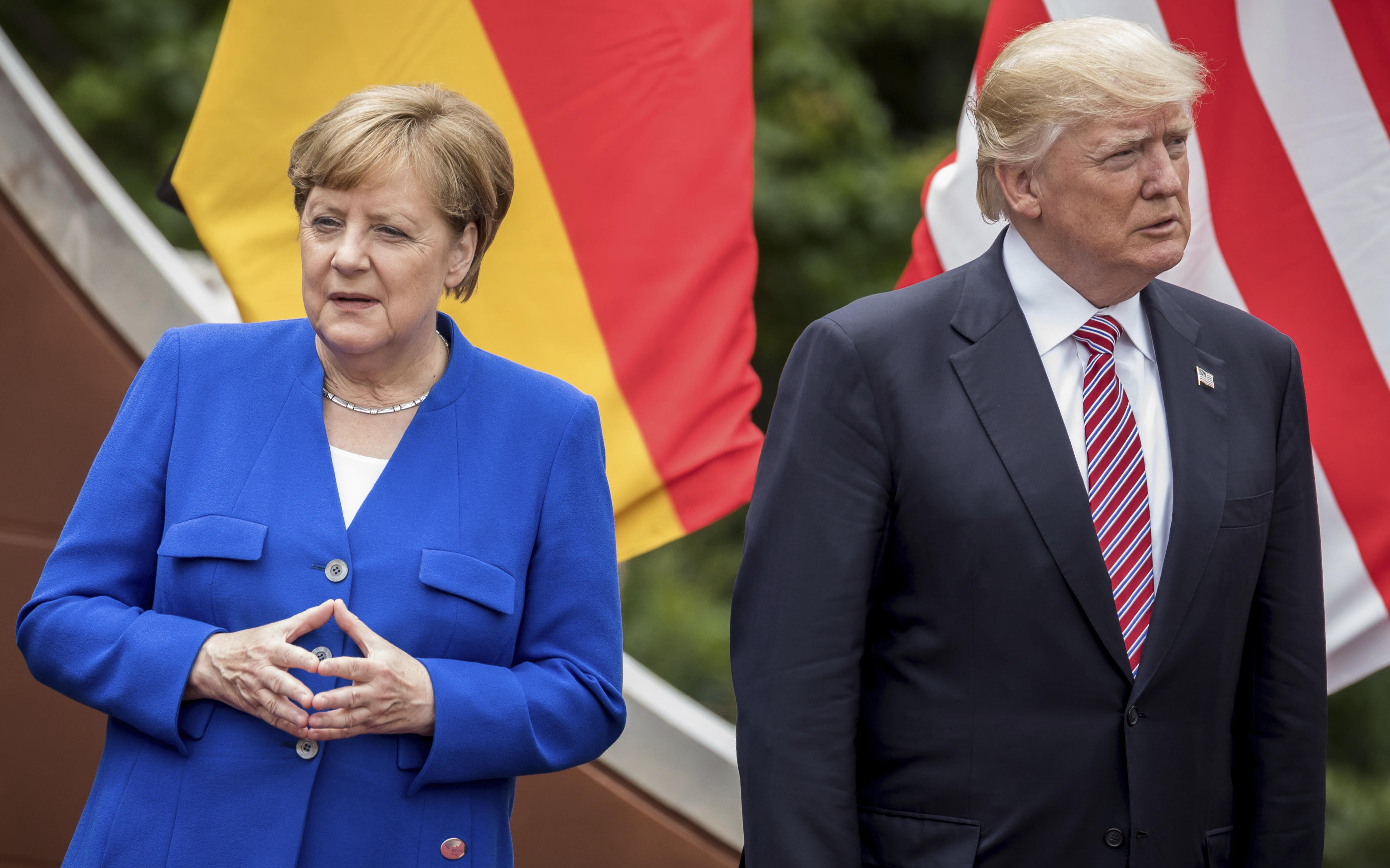 BERLIN -- German Chancellor Angela Merkel on Sunday urged European Union nations to stick together in the face of emerging policy divisions with the U.S., Britain's decision to leave the bloc and other challenges.

Speaking at a campaign event held in a Bavarian beer tent, Merkel suggested that the Group of Seven (G-7) summit in Italy that ended Saturday had served as something of a wakeup call. G-7 leaders were unable to reach unanimous agreement on climate change after President Trump said he needed more time to decide whether to back a key climate accord.

Mr. Trump -- whose views on climate change are "evolving," according to his top economic adviser Gary Cohn -- has said he will make a decision next week on whether the U.S. will stay in the 2015 Paris agreement. Mr. Trump's delay forced G-7 leaders to declare the U.S. is "not in a position to join the consensus" around the agreement.

Even some members of Mr. Trump's own Republican Party disagree with him on the delay. South Carolina Republican Sen. Lindsey Graham, on CNN's State of the Union this weekend, urged the president to stay in the deal.

But Mr. Trump has campaign promises to consider. He pledged to back out of the agreement on the campaign trail.

Mr. Trump's administration has argued that U.S. emissions standards are tougher than those set by China, India and others, and therefore have put American businesses at a disadvantage.

After the summit, Merkel called the climate talks "very difficult, if not to say, very unsatisfactory."

Merkel on Sunday emphasized the need for continued friendly relations with the U.S. and Britain and also stressed the importance of being good neighbors "wherever that is possible, including with Russia, but also with others."

"But we need to know we must fight for our own future, as Europeans, for our destiny," she said.

Despite the Trump administration's talk of an "America first" policy and ongoing criticism of Germany for its massive trade surplus, the G-7 leaders in Sicily did vow to fight protectionism, reiterating "a commitment to keep our markets open."

They also agreed to step up pressure on North Korea, to forge closer cooperation in the fight against terrorism, on the possibility of imposing more sanctions on Russia over role in the conflict in Ukraine.

The president's first trip abroad was seen as a test of his ability to manage foreign relationships, something Merkel's comments drew attention to as Mr. Trump returned to Washington for Memorial Day weekend.