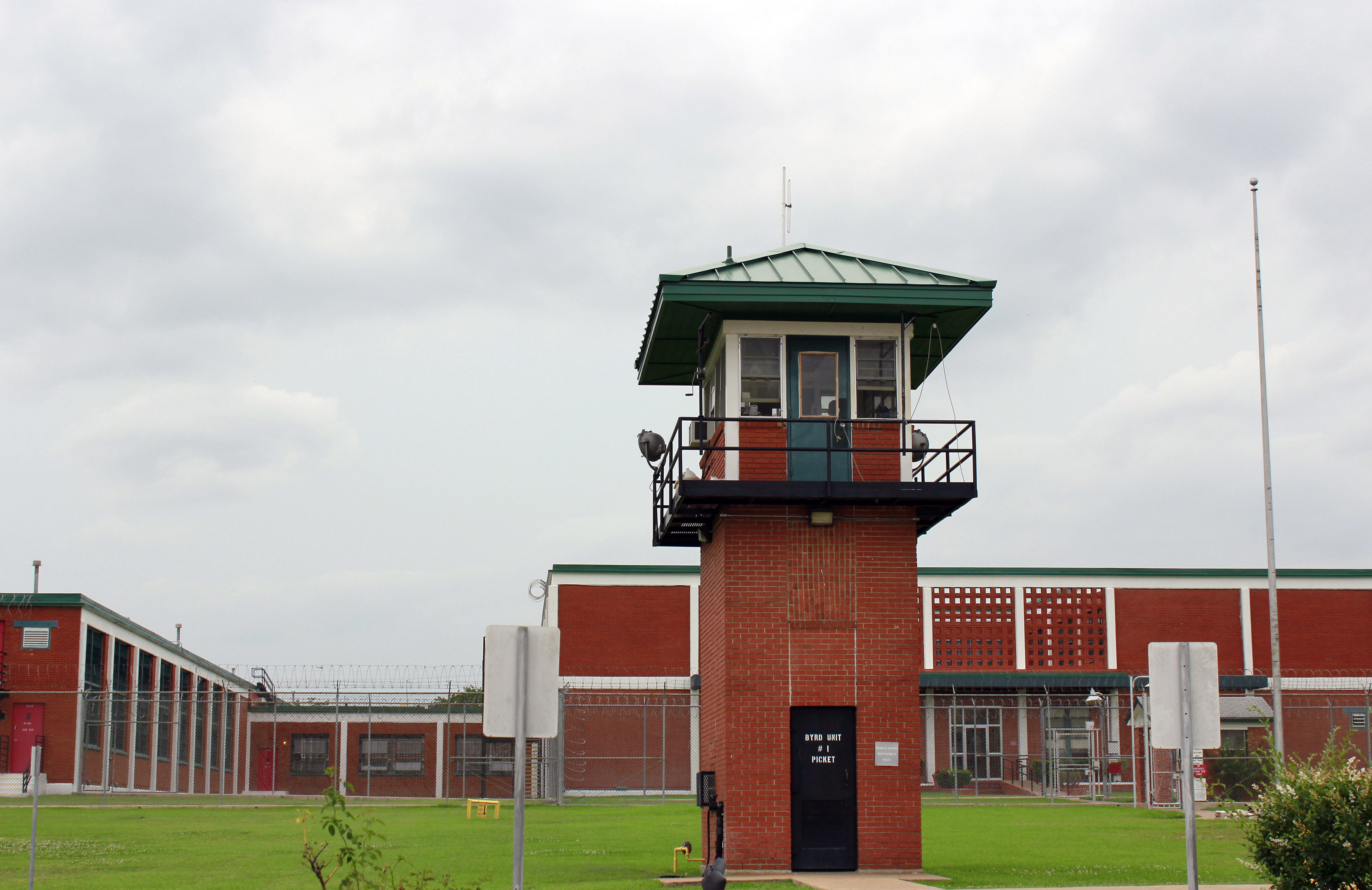 BRUSSELS -- There's one big reason why the United States has a dearth of execution drugs so acute that some states are considering solutions such as firing squads and gas chambers: Europe's fierce hostility to capital punishment.

The phenomenon started nine years ago when the EU banned the export of products used for execution, citing its goal to be the "leading institutional actor and largest donor to the fight against the death penalty." But beefed up European rules mean the results are being most strongly felt in the United States now, with shortages becoming chronic and gruesome executions making headlines.

In Ohio last month, Dennis McGuire took 26 minutes to die after a previously untested mix of chemicals began flowing into his body, gasping repeatedly as he lay on a gurney. On Jan. 9, Oklahoma inmate Michael Lee Wilson's last words were: "I feel my whole body burning."

The dilemma again grabbed national attention this week when an Oklahoma pharmacy agreed Monday to refrain from supplying an execution drug to the Missouri Department of Corrections for an upcoming lethal injection. Death row inmate Michael Taylor's had argued in a lawsuit that recent executions involving the drug pentobarbital would likely cause "inhumane pain" - and, ahead of a hearing set for Tuesday, The Apothecary Shoppe said it would not provide the drug.

EU nations are notorious for disagreeing on just about everything when it comes to common policy, but they all strongly - and proudly - agree on one thing: abolishing capital punishment.

Europe saw totalitarian regimes abuse the death penalty as recently as the 20th century, and public opinion across the bloc is therefore staunchly opposed to it.

The EU's uncompromising stance has set off a cat-and-mouse game, with U.S. corrections departments devising new ways to carry out lethal injections only to hit updated export restrictions within months.

"Our political task is to push for an abolition of the death penalty, not facilitate its procedure," said Barba Lochbihler, chairwoman of the European Parliament's subcommittee on human rights.

Europe's tough stance has caused U.S. states to start experimenting with new drug mixtures, even though convicts' lawyers and activists argue they increase the risk of painful prolonged death and may violate the constitutional ban on cruel and unusual punishment.

In an upcoming execution in Louisiana, the state is set to follow Ohio's example in using the untested drug cocktail used in McGuire's execution. It changed its execution protocol last week to use Ohio's two-drug combination because it could no longer procure pentobarbital, a powerful sedative.

The execution was scheduled for February, but was stayed pending a federal judge's examination in April regarding whether the state can proceed with the plan to execute Christopher Sepulvado, convicted in the 1992 killing of his 6-year-old stepson.

In 2010, Louisiana switched from the established three-drug protocol to a one-drug pentobarbital lethal injection, but eventually that drug also became unavailable because of European pressure.

"The lethal injection that they are using now in certain states has never been tested, verified, let alone been approved for executions," said Maya Foa of Reprieve, a London-based charity fighting the death penalty. "This amounts to using humans as guinea pigs. No doctor would ever do that."

Ohio prosecutors counter that condemned inmates are not entitled to a pain-free execution under the Constitution.

Even if the effect of the two drugs used by Ohio "presents some inherent risk of discomfort, that does not amount to cruel and unusual punishment," Christopher Conomy, an assistant Ohio attorney general, argued in court documents last month.

The U.S. execution dilemma goes back to 2005, when the EU restricted exports of goods "for the purpose of capital punishment or for the purpose of torture." That ban includes items such as electric chairs and lethal injection systems.

The drug shortage then started biting in 2010 when Hospira Inc., the sole U.S. manufacturer of sodium thiopental, a sedative that is part of the normal three-drug mixture, stopped production. A few months later, Hospira dropped plans to produce it in Italy because the government there asked for guarantees that it would never be used in executions.

States in 2011 switched to pentobarbital, but Denmark-based Lundbeck Inc., the drug's only U.S.-licensed maker, faced a public backlash and quickly said it would put the medication off-limits for capital punishment through a tightly controlled distribution system.

Fearing for their reputation, the companies never wanted to see their drugs used in executions.

As U.S. authorities started looking for other sources, Britain went ahead and restricted exports of sodium thiopental and other drugs at the end of 2010.

"This move underlines this government's ... moral opposition to the death penalty in all circumstances," Business Secretary Vince Cable said then.

The EU then updated its export regulation in late 2011 to ban the sale of eight drugs - including pentobarbital and sodium thiopental - if the purpose is to use them in lethal injections.

That produced a flurry of action in the United States. In May 2012 Missouri announced it would switch to using the anesthetic propofol, infamous for its role in Michael Jackson's overdose death. But propofol, too, was manufactured in Europe, by Germany's Fresenius Kabi.

Missouri's plan prompted an outcry across Europe and the EU threatened to restrict propofol exports. That in turn provoked a medical outcry in the U.S. because propofol is used in about 95 percent of surgical procedures requiring an anesthetic, according to the American Society of Anesthesiologists.

Fresenius Kabi, whose slogan is "caring for life," swiftly moved amid a blitz of bad PR and EU threats to introduce a stringent distribution control to prevent sales to U.S. prisons. Another manufacturer, Germany's B. Braun, immediately followed suit.

In October 2012 Missouri Governor Jay Nixon expressed indignation, saying state and federal court systems, not European politicians, should decide death penalty policy. Still, a month later he backtracked and halted what was to have been the first U.S. execution using propofol.

Missouri and other states have since also resorted to custom-made batches of drugs, while refusing to divulge which pharmacy produced them - as in the case being heard Tuesday.

The secrecy has led to new lawsuits, not least after safety concerns over such drugs arose in 2012 after contaminated injections from a Massachusetts facility caused a meningitis outbreak that killed 64 people and sickened hundreds.

An attorney for McGuire's family supported the European position.

"I think it's right for the (pharmaceutical) companies to draw a line when people are using the drugs for the wrong purposes," said Jon Paul Rion.

In principle, there are a number of painkillers, sedatives and paralyzing agents that can kill if administered in high doses. But switching drugs will invite new lawsuits and could involve drawn-out bureaucratic or legislative delays - in addition to doubts about how quickly and mercifully these drugs can kill.

"Such botched executions go some way to debunking the myth that lethal injection is a humane way to kill someone," said Reprieve's Foa.

When Europeans criticize the U.S., they frequently cite the inequality of health care and the continued use of capital punishment.

Europe has seen autocratic or totalitarian regimes corrupting justice throughout the 20th century with people being executed for political reasons or without fair trial, resulting in strong opposition to the death penalty after World War II.

Western Germany forbade capital punishment after the war, just as Italy did. France, which gave the world the word guillotine, decapitated only a few people after WW II amid increasing public opposition.

"There will be no lasting peace either in the heart of individuals or in social customs until death is outlawed," French Literature Nobel Prize winner Albert Camus wrote in 1957 in an influential essay.

France's last execution now dates back almost 40 years. In Eastern Europe, the death penalty was abolished after the collapse of the Soviet Union.

An international AP poll in 2007 found that about 70 percent of those surveyed in the U.S. favor the death penalty for people convicted of murder. In Germany, Italy and Spain only about 30 percent did so.

Overall, experts say Europe's judicial system is more oriented toward rehabilitation, not punishment. That is also reflected in drastically lower incarceration rates: Across the EU, about 130 people per 100,000 inhabitants are behind bars compared to 920 in the U.S, according to EU and U.S. Justice Department figures.

The death penalty has been abolished or suspended in all developed economies, except for the U.S. and Japan. Execution rankings have routinely shown the U.S. in the unusual company of China, Iran, Saudi-Arabia, Iraq and Pakistan.

But the anti-capital punishment camp has also gained ground in the U.S.

The number of U.S. executions has declined in recent years - from a peak of 98 in 1999 to 39 last year. Some states have abolished the death penalty, and those that carry on find executions increasingly difficult to conduct because of the drug scarcity and doubts about how well they work.

Public support for capital punishment also appears to be retreating. Last year, 60 percent of Americans polled said they favor the death penalty for convicted murderers, the lowest level measured since 1972, according to Gallup.

To counter the drug shortages lawmakers in some death penalty states - Missouri, Virginia and Wyoming - are now considering bringing back execution methods such as firing squads, electrocutions and gas chambers.

There are still about 3,000 inmates on death row.