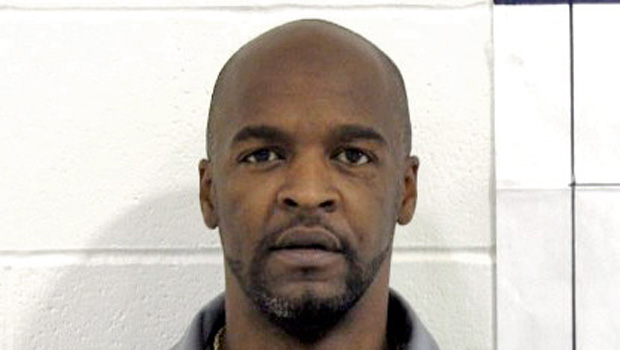 OKLAHOMA CITY - An Oklahoma pharmacy has agreed not to provide the state of Missouri with a made-to-order drug for an inmate's execution scheduled for later this month, according to court documents filed Monday.

According to the documents, The Apothecary Shoppe, of Tulsa, will not prepare or provide pentobarbital or any other drug for use in Michael Taylor's execution. The documents ask a judge to dismiss the case that Taylor's lawyers had filed against the pharmacy seeking to stop it from providing the execution drug. A hearing is scheduled for Tuesday.

Taylor's attorney, Matt Hellman, said that as part of the deal, the pharmacy acknowledged it has not already provided any drug to the Missouri Department of Corrections for the execution, which is scheduled for Feb. 26.

The Missouri Department of Corrections and the state attorney general's office did not immediately return calls Monday night seeking comment about the agreement or the status of Taylor's execution.

Missouri Gov. Jay Nixon indicated last week that the state has drugs to carry out Taylor's execution. Nixon, speaking at a news conference Thursday, did not directly answer "yes" or "no" when asked about availability of the execution drug but said, "In order to complete that ultimate responsibility, that's necessary. The Department of Corrections is prepared to carry out that execution."

Taylor pleaded guilty to abducting, raping and stabbing to death a 15-year-old Kansas City girl in 1989.

The Apothecary Shoppe has not acknowledged that it supplies a compounded version of pentobarbital to Missouri for use in lethal injections, as Taylor says, and says it can't because of a Missouri law requiring the identities of those on the state's execution team to be kept confidential.

A message left seeking comment from the pharmacy Monday night was not immediately returned.

In his lawsuit, Taylor alleged that Missouri turned to The Apothecary Shoppe to supply compounded pentobarbital because the only licensed manufacturer of the drug refuses to provide it for lethal injections. That company, Illinois-based Akorn Inc., agreed to that condition when it bought the exclusive rights to the drug in January 2012 from a Danish company that had produced it under the trade name Nembutal.

Taylor contends that several recent executions in which compounded pentobarbital was used showed it would likely cause him "severe, unnecessary, lingering and ultimately inhumane pain."

Within 20 seconds of receiving his lethal injection on Jan. 9 at the Oklahoma State Penitentiary, 38-year-old Michael Lee Wilson said: "I feel my whole body burning." This statement describes "a sensation consistent with receipt of contaminated pentobarbital," Taylor alleges.

The lawsuit also cites the Oct. 15, 2012, execution in South Dakota of Eric Robert. Robert, 50 cleared his throat, gasped for air and then snored after receiving the lethal injection, which included compounded pentobarbital. His skin turned a purplish hue and his heart continued to beat for 10 minutes after he stopped breathing, the lawsuit contends. It took 20 minutes for authorities to finally declare Robert dead.

"These events are consistent with receipt of a contaminated or sub-potent compounded drug," the lawsuit says.

Taylor's lawsuit questions whether the Tulsa pharmacy can legally produce and deliver compounded pentobarbital. It says the pharmacy is not registered as a drug manufacturer with the U.S. Food & Drug Administration and alleges that it violates federal law each time it delivers the drug across state lines to Missouri corrections officials.