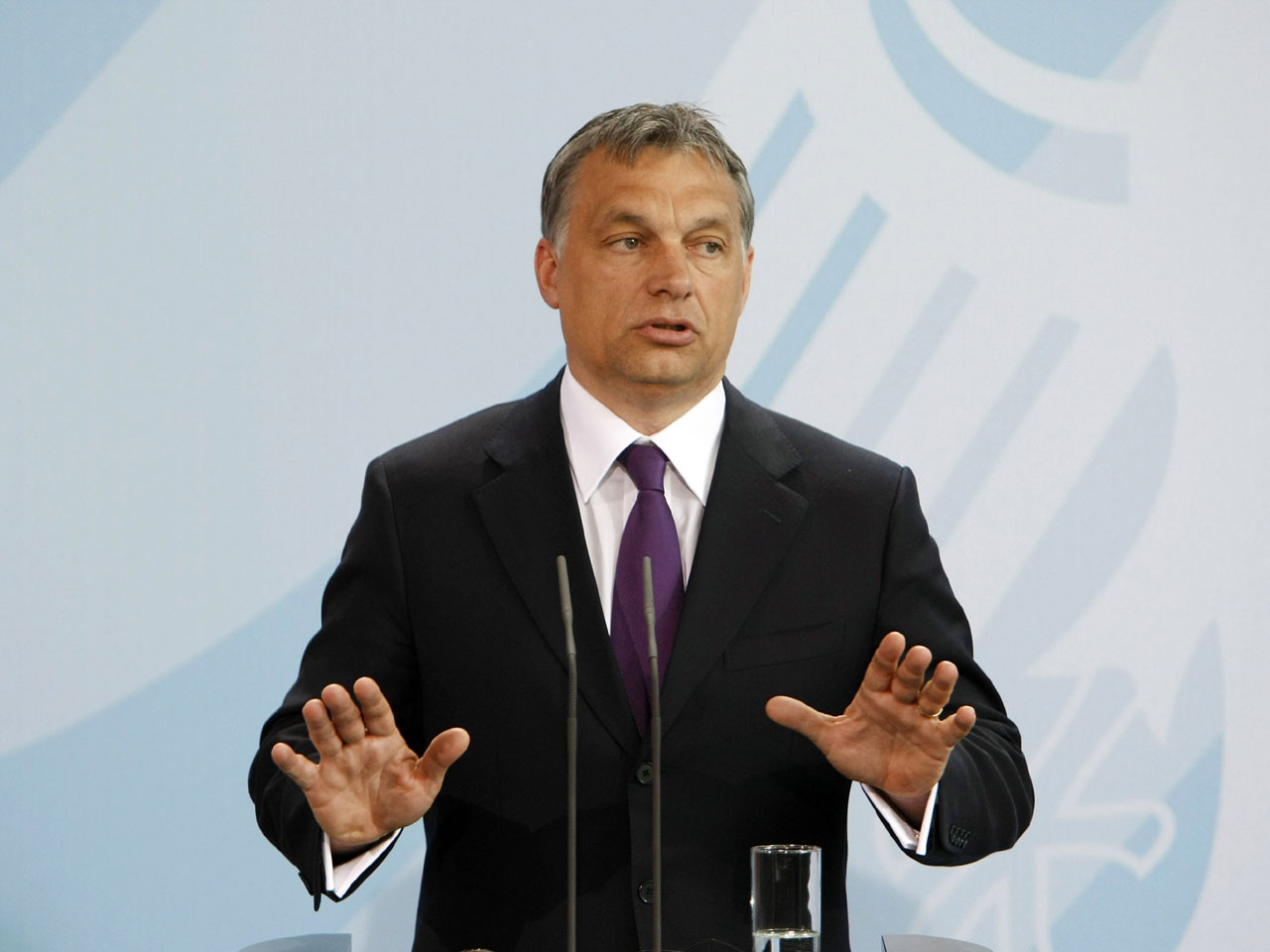 STRASBOURG, France - The European Union and Hungary brought their fight over democratic rights fully into the open Tuesday, with the EU Commission launching legal challenges against the former Soviet-bloc country many fear may be slipping back toward authoritarianism.

The EU's executive Commission said the new constitution that came into force Jan. 1 undermines the independence of the national central bank and the judiciary and does not respect data privacy principles.

Prime Minister Viktor Orban, whose grip on power has already earned him the nickname "Viktator," defied the criticism and invited himself to the EU parliament in Strasbourg on Wednesday to confront European detractors head on.

"We won't allow the international left to accuse Hungary through lies and baseless slander," his office said in a statement.

The EU Commission said it had found enough evidence to start legal proceedings, which may end up in a court case later this year, highlighting a general discomfort about Hungary, where critics fear creeping fallback to a centralized one-party rule under Orban's Fidesz party.

"We do not want the shadow of doubt on respect for democratic principles and values to remain over the country any longer. The quicker that this is resolved the better," EU Commission President Jose Manuel Barroso told reporters in Strasbourg.

In an initial reaction to the challenges, the Hungarian government struck a conciliatory tone.

"There is no disagreement with the institutions of the European Union on the importance of basic principles, common European values and achievements," the statement said.

Hungary sought to sidestep the major political objections. Its Minister of State for Government Communication Zoltan Kovacs said in Strasbourg that Hungary does not "think there is any room for a heated debate. This is a legal, technical issue."

Some accused the Commission of being too timid in challenging Hungary and missing out on the broader issue.

"By deciding to begin infringement procedures only on three specific issues that may breach European law, the Commission has missed the broader picture," said Guy Verhofstadt, the leader of the Liberal Alde Group.

"The case of Hungary is not just about technical breaches of EU legislation, but a wider concern of gradual but persistent erosion of EU values," Verhofstadt said.

Orban has been under fire from the European Parliament and civil rights organizations that fear he could push the country back into authoritarianism, by imposing government control over institutions whose independence is protected by EU treaties.

Kovacs said that there were "orchestrated efforts on behalf of political parties" to undermine the government of Orban, "unfortunately not only at a Hungarian, but on the European level as well."

The Commission and the European Central Bank had been in touch with Hungarian authorities since mid-December, expressing doubts over aspects of the new constitution.

Beside the central bank law, which gives the government as much larger role than before in naming top bank officials, the EU is objecting to the forced, early retirement of hundreds of judges and has concerns about the independence of the new data protection authority.

"We had hoped that Hungary would have made the necessary changes," Barroso said. "This has not been the case so far."

As part of its so-called infringement procedure, the Commission is sending three formal letters to the Hungarian government Tuesday, spelling out its legal issues with the new laws.

Budapest then has until Feb. 17 to respond to the letters, after which the Commission will take around two months to analyze the responses.

If Hungary ignores further requests for changes, the Commission can take it to the European Court of Justice and levy fines, although that process could drag on for much of this year.

But the EU also has a quicker way of exerting pressure on Orban's government. Hungary has requested financial help from the EU and the International Monetary Fund and both institutions have said they won't begin aid talks until the independence of the Hungarian central bank has been ensured.

Orban will meet Barroso in Brussels next Tuesday.