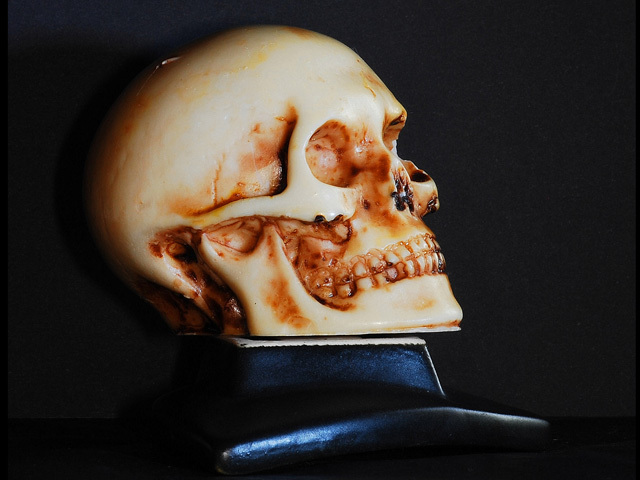 COMMENTARY Ah, the federal estate tax, the very ruination of our American way of life. Presidential candidate Newt Gingrich calls it unfair and uses the nickname "death tax." But then, so does Rick Perry, and Herman Cain. Mitt Romney and Michele Bachmann both want to get rid of it.

Given the constant drum of fear, you can understand how many people have become upset over estate taxes. After all, it means that bequests you make or receive won't carry their full weight, right? Not quite. According to a new analysis by the group "Citizens for Tax Justice" of IRS data, the percentage of estates that come under this federal tax is so small that it makes the top 1 percent of the wealthiest in the country look like a big crowd. So, if you've been fretting over what taxes will do to your estate, perhaps it's time to take another look.

Trickle-down dreadonomics
Railing against estate taxes has become a cottage industry. Some of the diehard estate tax opponents are capable of the most intriguing, if logically unsound, arguments. Economist and non-presidential candidate Steven Landsburg says that the estate tax actually hurts the poor:

In Landsburg's world, there is apparently no connection between wealthy people consuming and businesses actually sustaining jobs to produce what the steel and timber are supposed to provide. Or perhaps he thinks that the Magic Yacht Stork directly carries finished vessels from Neverland and places them under particularly large cabbage plants.

And Landsburg didn't even consider some of the spin-off opportunities. Some participants in the anti-estate tax fight have secured full-time employment. The American Family Business Institute is a trade association that is about nothing other than the permanent elimination of estate taxes and which has the NoDeathTax.org domain. Who's on the board? Representatives of large family businesses, including Asplundh tree care, the Bush's baked beans people, and some big timber concerns, among others.

Is Silicon Valley fueling unemployment?
Hey, FBI: The Bank Robbers Are Already in the Banks
Bad Corporate Management Is Killing the Economy

The real count
Both the AFBI and Landsburg are happy to invoke the term family business. But the families really devoted to ending the estate tax are atypical. Estate taxes affect very few people. According to the CTJ study, IRS figures show taxes owed on estates of people who died the previous year. The number has dropped from 0.7 percent of all estates in 2007 and 2008 to 0.6 percent in 2009 and 0.3 percent last year.

That's 3 out of every 1,000. President Barack Obama has proposed to make the rules in effect during 2009 permanent -- that is, the 0.3 percent would become fixed. If you assume for a moment that the most wealthy 1 percent of Americans represent the same percentage of people that die every year, you can see that less than a third of even them end up liable under the estate tax.

The big reason is the per spouse exemption ($3.5 million back in 2009, $5 million now) and smart estate planning that can minimize what is actually owed. The top federal estate tax rate was 45 percent in 2009 and is now 35 percent. According to the CTJ analysis of the IRS rules, of taxable estates from 2009, the actual percentage that went to taxes were19.2 percent federal and 2.4 percent state. That's a total of 21.6 percent. Of the remaining 78.4 percent, 9.8 percent of the total went to charities and 68.6 percent went to heirs.

Money still circulates
That's a big block of money going to heirs who, according to the anti-tax ranks, presumably invest heavily in creating new businesses and expanding old ones. However, even with the rate dropping, do you notice an onrush of job creation? No more than corporate overseas profit repatriation tax holidays result in more jobs.

Companies don't hire additional people if managers think it's possible to get the work done with fewer. And, as Warren Buffett has noted, investors don't give up on putting money into opportunities just because they don't get as much as they would if there were no taxes. That's nothing compared to Andrew Carnegie's 19th century direct endorsement for a hefty estate tax.

If the people demanding an end to estate taxes truly believe that any levy on what a person leaves to others after death is wrong or misguided, then the tiny percentage of estates affected by federal taxes shouldn't deter their fervor. But there is something wrong in trying to raise the alarm and scare large portions of the population into thinking that their own estate planning is in jeopardy. It's called manipulating a crowd so they push for what is in your best interest.