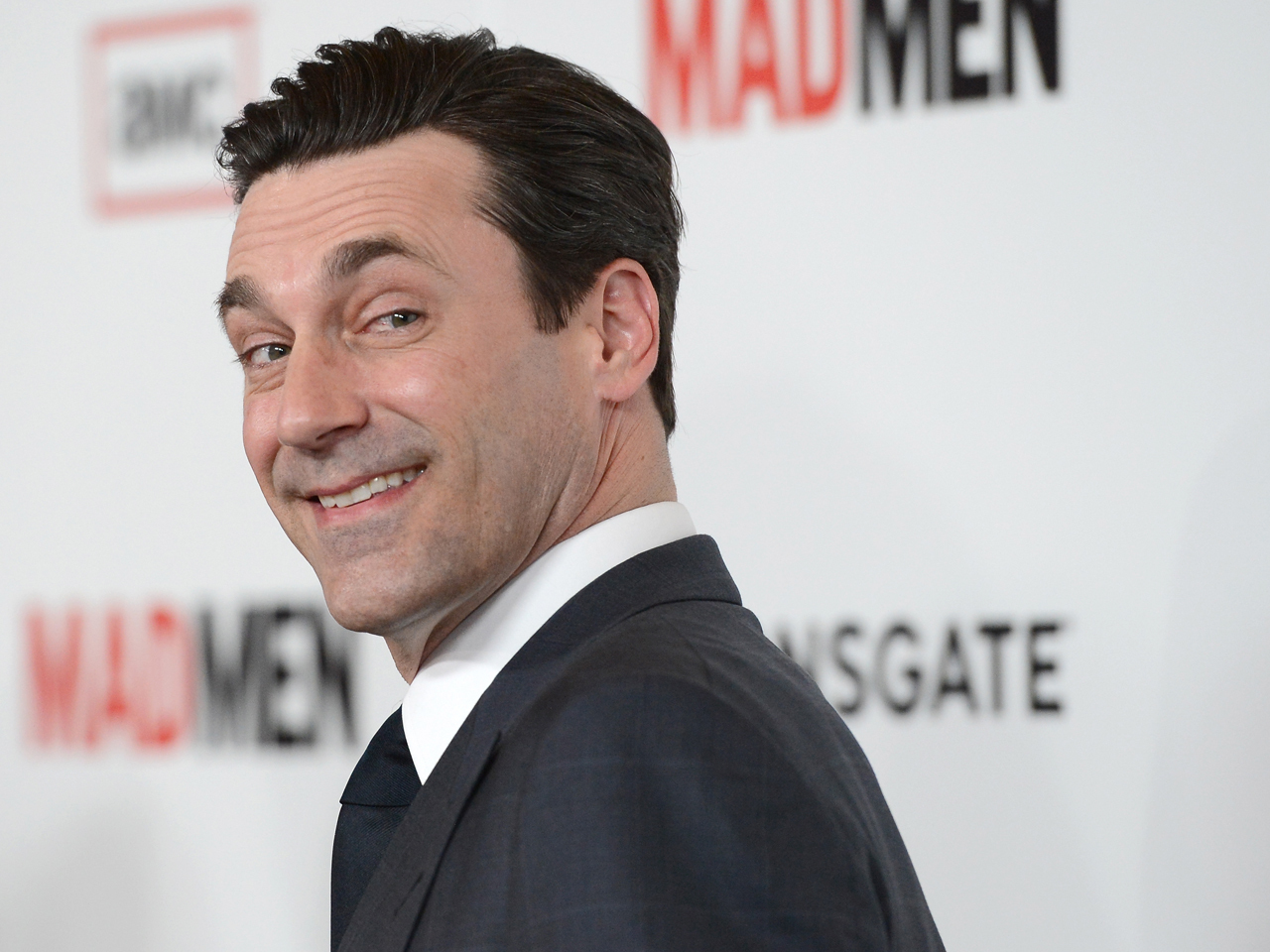 Jon Hamm is a huge sports lover -- so much so he has a difficult time picking just one favorite sports film, for example.

The actor cited "Slap Shot," "The Natural" and "Bull Durham" when asked by CBSNews.com about his favorite sports movie during a call with reporters -- in the lead-up to hosting the 2013 ESPYS on Wednesday.

Organizers of ESPN's awards show hope they hit a home run by choosing Hamm as this year's emcee. Although he's probably best known as the dashing Don Draper on AMC's "Mad Men," Hamm was an athlete growing up in St. Louis, Mo., playing on his school's football, baseball and swim teams. Today, Hamm remains a big sports lover (he's a "die-hard" St. Louis Cardinals fan) and plays tennis and baseball here and there.

"My competitive athletic days are pretty far behind me," Hamm said, though he noted he's still close friends with the guys he played sports with in high school. "I just hated working out -- and I still do -- so it provided a way to actually get some sort of exercise and workout while not doing something repetitive."

This year's ESPYS host isn't a complete stranger to the hosting scene. Fans may remember he did a pretty darn good job as a guest host of "Saturday Night Live." And if all else fails, Hamm isn't too bad to look at for a couple of hours.

"It's an opportunity to do something fun," Hamm said about the ESPYS during the media call, while taking a short break from shooting the movie, "Million Dollar Arm." "I've never really had a problem standing up in front of people and making a fool of myself," Hamm joked.

Hamm is buddies with a couple of previous ESPYS hosts and already has an idea of what's in store: "I know Seth [Rogen] and Rob [Riggle], who are the two guys who preceded me. Both of those guys have, which I hope to do as well as, an innate charisma. You want to root for them...Those guys also happen to be professional comedians, which I am not. Which is a little daunting. Still, in all, I will give it my best efforts."

When he takes the stage at the Nokia Theater in Los Angeles on Wednesday, Hamm plans to keep a few hosting tips in mind: "The best ones [hosts] always kind of keep it moving, keep it light, give you a few laughs and don't forget why they're there. I'm certainly not going to be the Jon Hamm show."

"Ideally if it could be could be entertaining, funny and lighthearted, that would be a plus. But the main thing is to celebrate what these incredible people have done," said Hamm.

The 21st annual ESPY Awards, recognizing major sports achievements, will air at 9 p.m. ET Wednesday on ESPN. For more on the show and nominees, go here.