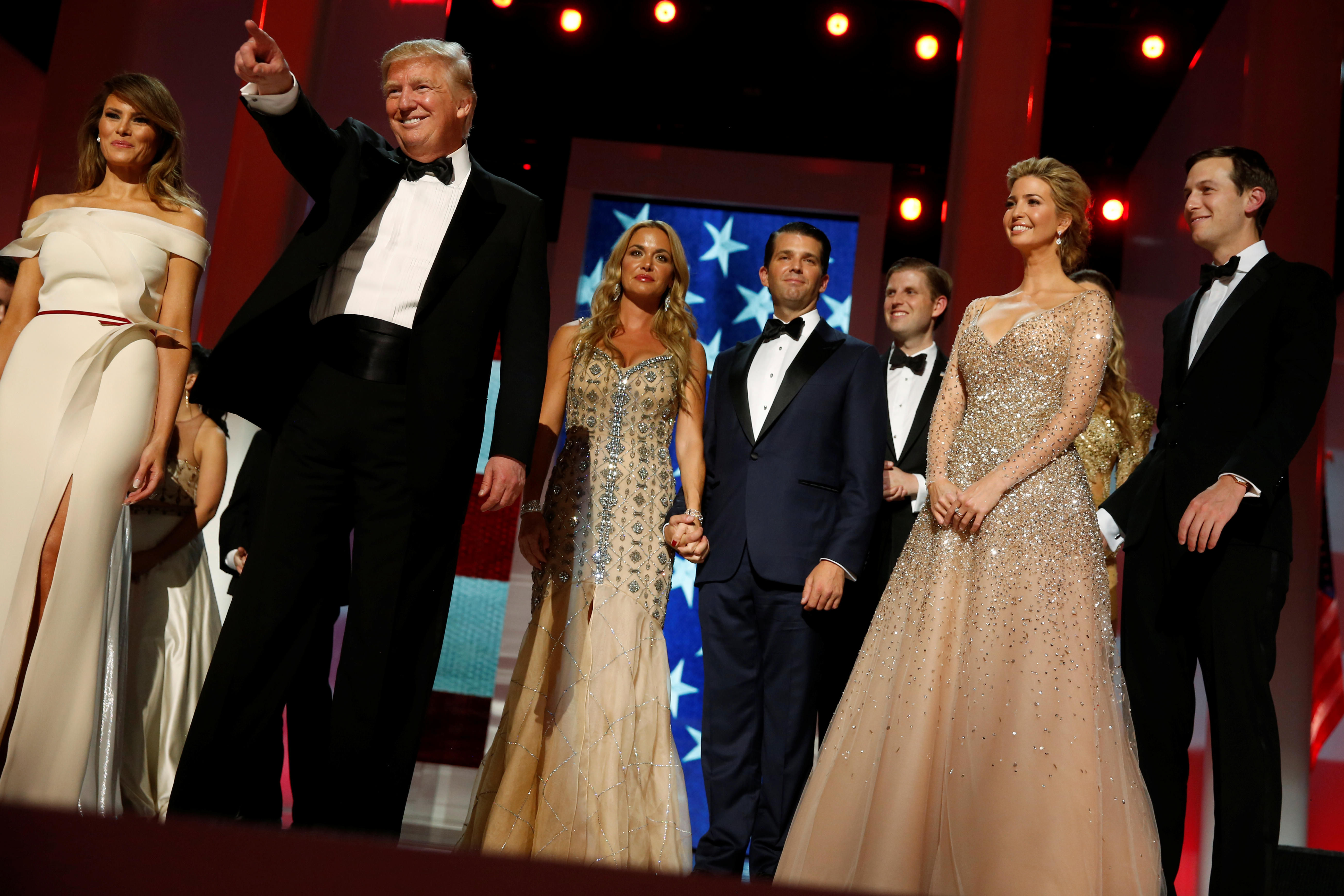 WASHINGTON -- Eric Trump credits nepotism for the fact he and his siblings sit atop their father’s real estate empire and, for his sister and her husband, within the walls of his White House. But he maintains it’s not the only reason they are where they are.

According to Forbes, the interview took place in February as Trump sat in his office down the hall from his brother, Donald Trump, Jr., several weeks after President Trump had announced at a press conference the sons would take over the family business.

Standing next to a stack of documents, then President-elect Trump told reporters in January in New York, “these papers are all just a piece of the many, many companies that are being put into trust to be run by my two sons that I hope at the end of eight years I’ll come back and say, oh, you did a good job.”

That attitude, son Eric told Forbes, is nothing new when it comes to the Trump kids.

“He’s a guy, no matter where it is, he expects people to perform. And if they’re not performing, he kind of encourages them to go on their way,” Trump said of his father. “You know, the one thing, Don, Ivanka and I never let him down really in any factor of life. And I think it’s one of the reasons that we’re as innately close as we are.”

Mr. Trump’s children maintain a close relationship with their father. Last week, daughter Ivanka Trump officially became a government employee: “Assistant to the President” is her new title. In a statement, she acknowledged concerns about advising her father in a personal capacity, despite the fact she had “voluntarily compl[ied] with all ethics rules.”

“I will instead serve as an unpaid employee in the White House Office,” the statement said, “subject to all of the same rules as other federal employees.”

Ivanka Trump’s husband, Jared Kushner, joined the Chairman of the Joint Chiefs of Staff on an unannounced trip to Iraq Monday, has been referred to by the administration as a “conduit” to foreign leaders during the transition and the administration, and also leads a team at “The White House Office of American Innovation.”

And newly-revealed language in Mr. Trump’s trust, first reported by ProPublica Monday, show the president can withdraw money from his more than 400 businesses at any time without disclosing it.

According to a revised trust document signed on February 10, trustees -- son Donald Trump, Jr., and longtime lawyer Allen Weisselberg --  “shall distribute net income or principal to Donald J. Trump at his request” or whenever the trustees deem it “appropriate.”

White House Press Secretary brushed off concerns about the revised document Monday at his press briefing.

“The idea that the president is withdrawing money at some point is exactly the purpose of the why a trust is set up, regardless of the individual,” Sean Spicer said.

This comes nearly three weeks after Forbes posted another excerpt from its February interview, in which Eric revealed he will continue to update his father on his business, although ethics requirements demand the government office stay separate from the family business.

“Yeah, on the bottom line, profitability reports and stuff like that, but you know, that’s about it.” How often will those reports be, every quarter? “Depending, yeah, depending.” Could be more, could be less? “Yeah, probably quarterly.”