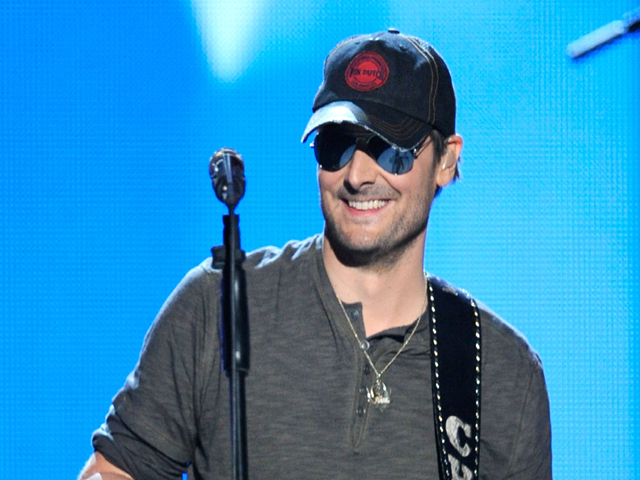 The 35-year-old country singer plans to record concerts in Chattanooga, Tenn.,  at Tivoli Theatre on Oct. 8 and 9. The gigs are part of Chruch's headlining arena outing, The Blood, Sweat & Beers Tour, which gets under way Sept. 13 in Amherst, Mass.

To coincide with the upcoming release, Church is asking fans to share their personal stories - specifically how Chuch "captured" their hearts and attention. The "Captured" video competition asks fans to submit clips of their own story - by visually showing how Chruch's music has impacted them. Videos are being accepted until Sept. 12.

The "Springsteen" singer will announce his 10 favorites on Sept. 17. Then it's up to fans to decide the grand prize winner, who will be revealed on Sept. 26. The winner will score two tickets to the live album taping, a one-night hotel stay, and a VIP prize package including a meet-and-greet with Church.

Church will be on the road through mid-December.