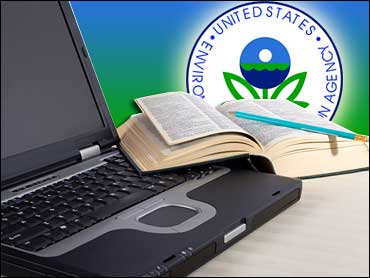 Hundreds of Environmental Protection Agency scientists complain they have been victims of political interference and pressure from superiors to skew their findings, according to a survey released Wednesday by an advocacy group.

The Union of Concerned Scientists said that more than half of the nearly 1,600 EPA staff scientists who responded online to a detailed questionnaire reported they had experienced incidents of political interference in their work.

EPA spokesman Jonathan Shradar attributed some of the discontent to the "passion" scientists have toward their work. He said EPA Administrator Stephen Johnson, as a longtime career scientist at the EPA himself, "weighs heavily the science given to him by the staff in making policy decisions."

But Francesca Grifo, director of the Union of Concerned Scientists' Scientific Integrity Program, said the survey results revealed "an agency in crisis" with low morale, especially among scientists involved in risk assessment and crafting regulations.

"The investigation shows researchers are generally continuing to do their work, but their scientific findings are tossed aside when it comes time to write regulations," said Grifo.

The group sent an online questionnaire to 5,500 EPA scientists and received 1,586 responses, a majority of them senior scientists who have worked for the agency for 10 years or more. The survey included chemists, toxicologists, engineers, geologists and experts in the life and environmental sciences.

Timothy Donaghy, one of the report's co-authors, acknowledged that a large number of scientists did not respond to the survey and said the findings should not be viewed as a random sample of EPA scientists.

Nevertheless, said Donaghy, "we have hundreds of scientists saying there is a problem" with assuring scientific integrity within the federal government's principal environmental regulatory agency.

Asked to respond to the survey, Shradar, the EPA spokesman, said, "We have the best scientists in the world at EPA."

The EPA has been under fire from members of Congress on a number of fronts including its delay in determining whether carbon dioxide should be regulated to combat global warming. Johnson also has been criticized for rejecting recommendations from science advisory boards on a number of air pollution issues including control of mercury from power plants and how much to reduce smog pollution.

In the survey, the EPA scientists described an agency suffering from low morale as senior managers and the White House Office of Management and Budget frequently second-guess scientific findings and change work conducted by EPA's scientists, the report said.

The survey covered employees at EPA headquarters, in each of the agency's 10 regions around the country and at more than a dozen research laboratory. The highest number of complaints about political interference came from scientists who are directly involved in writing regulations and those who conduct risk assessments such as determining a chemical cancer risk for humans.

Donaghy said that EPA management was aware of the survey, which was conducted by the Center for Survey Statistics & and Methodology at the Iowa State University. He said while some EPA managers initially instructed employees not to participate, the EPA's general counsel's office later sent an e-mail to employees saying they could participate on their private time.

"Gaming disorder" recognized as a mental health condition
Thanks for reading CBS NEWS.
Create your free account or log in
for more features.
View CBS News In
CBS News App Open
Chrome Safari Continue
Be the first to know
Get browser notifications for breaking news, live events, and exclusive reporting.