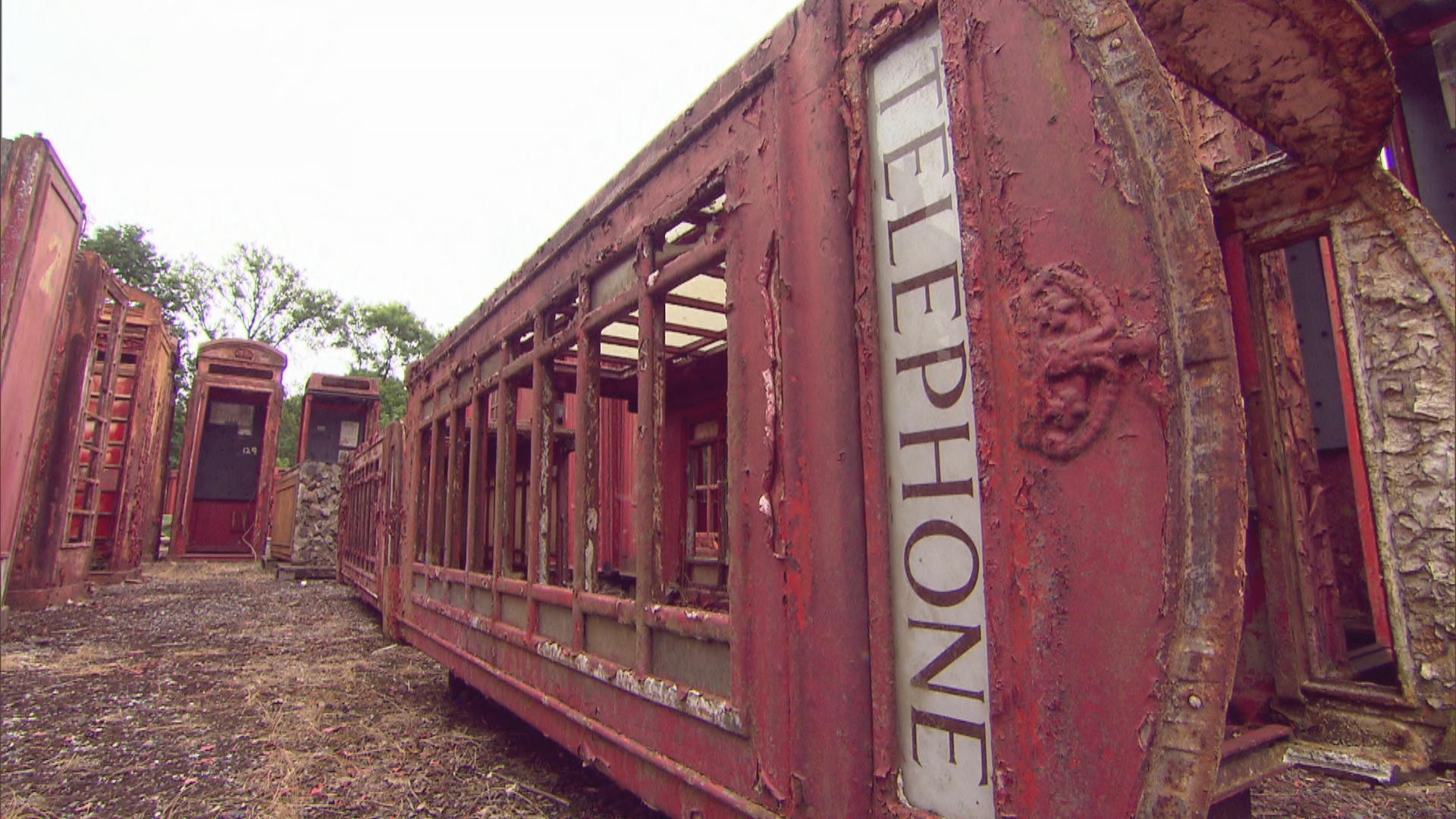 England's iconic red telephone booths are making a comeback. Outdoor payphones have fallen out of use with the rise of cellphones but people are finding imaginative new ways to make use of the relics that have been part of the British landscape for about 80 years.

The British famously have trouble letting go of old things. The monarchy, double-decker buses, and taxi cabs that look like they were designed 60 years ago because they basically were.

So when the cellphone turned the classic old red phone booths that used to adorn what seemed like every street corner into a waste of space, there was a problem: What to do with them? As nobody was using them, the phone company started taking them away and stowing them in what looks like a phone booth graveyard. Except it's not. It's a magical transition zone to a second life, reports CBS News' Mark Phillips.

Tony Inglis ran a trucking firm that got the contract to remove the old phone booths, many of which had fallen into ruin. His job was just to collect them, but something happened.

So, Inglis started fixing them up. And -- surprise, surprise -- people started buying them. Some because they liked the old phone booths with their quaint old phones where the operator told you how many quaint old shillings and pence to deposit.

But playing with old phones only went so far. These booths, as it turned out, had legs. Inglis has refurbished more than 2,000 of them and others started showing up around the country being put to all sorts of new uses.

Local libraries found them handy places from which to run book exchanges, another booth turned out to be a great place to put a defibrillator. Other uses include a coffee shop – already in a prime retail location – a hat stall, a florist, a salad bar, and even an anti-social disco. But perhaps the most ironic use, a cellphone repair shop.

The things are already popular and few tourists come to town without the mandatory selfie in front of one of the ones that are still around. They're a natural place to do business, and seemed like an obvious opportunity to Eddie Ottewell, who started renting them out.

These weren't just phone booths. They were cultural signposts and they won't go away.

Many of them, in fact, can't go away. They've been protected as historically significant, which means you're not allowed to move them. Just as well, for they now have other uses.