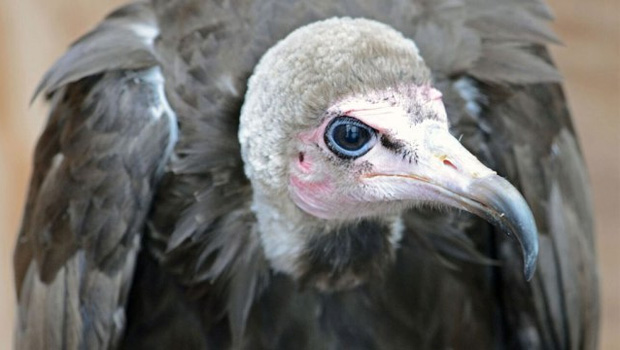 PITTSBURGH - Officials are searching for a vulture that flew away from the National Aviary in Pittsburgh during an open-air show.

The Pittsburgh Tribune-Review reports that Kiume, a hooded vulture, flew into a wooded area and was spotted in a tree near the Community College of Allegheny County, but it was still on the loose Thursday night.

CBS Station KDKA reports that the bird has a tracking device. A team from the aviary spent several hours tracking the vulture, but could not reach the critically-endangered bird.

Aviary spokeswoman Robin Weber says the bird would stay in place at night because it can't see in the dark.

Team members tried to bait the bird with food but it had just eaten before flying away. Weber says it could be Friday morning until the bird is brought back to the aviary.

Birds featured in the aviary's free-flight shows are trained to return to their trainers, but, Weber said, there is "an inherent risk" that they will fly off, as occasionally happens.

Hooded vultures (Necrosyrtes monachus), which are scavengers, are native to sub-Saharan Africa. Their numbers have been in steep decline owing to hunting and habitat loss.