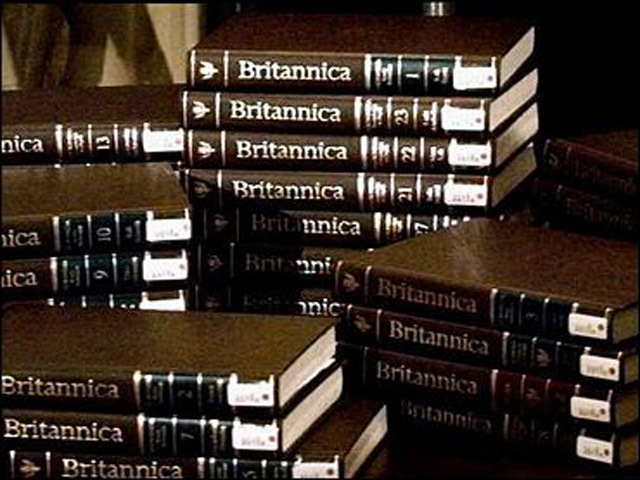 The Chicago-based company said Tuesday that it will continue with digital versions. Company officials say this will be the first time in 244 years that the encyclopedia won't be available in book form. It was first published in Scotland in 1768.

Encyclopaedia Britannica President Jorge Cauz says the company has foreseen "the end of the print set" for some time.

The company says ending the print edition of the 32-volume encyclopedia is the latest step in a move toward digital publishing and expanding its range of educational products.