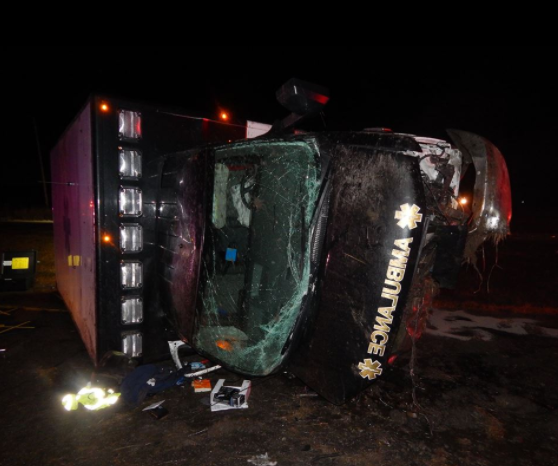 MIAMI COUNTY, Ind. - An EMT in Indiana has died, after the driver of the ambulance they were in allegedly fell asleep and crashed into another vehicle, according to CBS affiliate WTTV-TV. The crash happened on U.S. 31, near State Road 218 around 3:45 a.m. Monday.

According to Indiana State Police, the ambulance was transporting a 5-month-old patient to a hospital in Indianapolis when the driver, 26-year-old Christine Wesner, failed to stop at a red light, crashing into a Dodge Dart. The driver of the Dodge had the right of way, and was in an intersection at the time.

As for the driver of the Dodge, he was taken to a hospital with a broken collar bone, and a passenger in that vehicle was transported with a non-life threatening head injury.

At this point, state police do not believe alcohol or drugs were involved. But the crash remains under investigation.