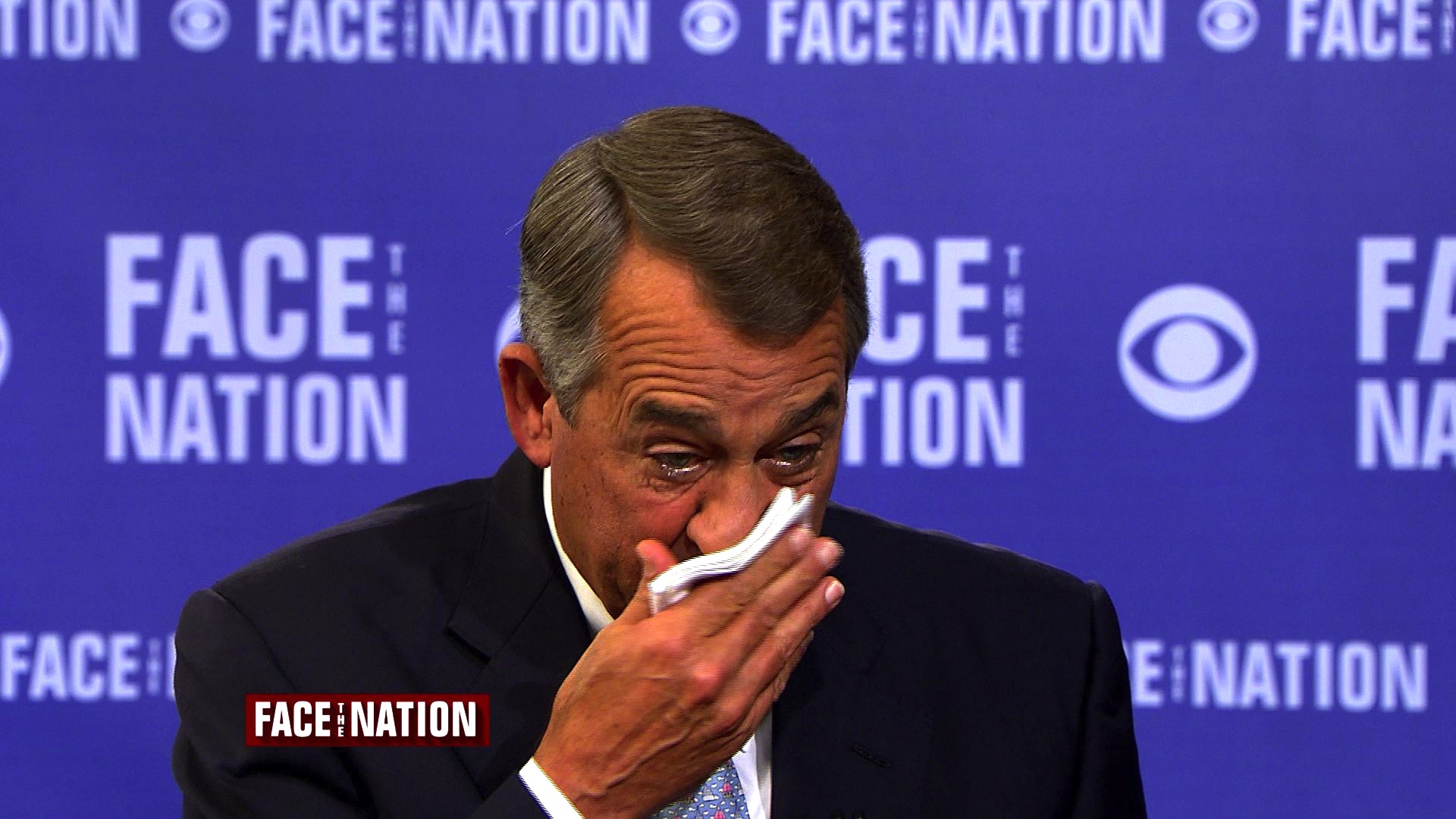 "To a kid who grew up as an altar boy, having the pope here was a big deal," Boehner said in an interview on CBS' "Face the Nation" Sunday. He tried to get each of the three popes who has served during his 20-plus years in Congress to address lawmakers, but only succeeded this year.

He talked about the behind-the-scenes of Pope Francis' visit to the Capitol last Thursday, including his compliment to the pope for being on "Boehner time" - meaning on time or early.

"We had a wonderful, wonderful chat," Boehner recalled, including a discussion with Cardinal Donald Wuerl about their shared commitment to children and education.

Boehner - who is known for wearing his emotions on his sleeve - grew teary eyed when he talked about what happened next.

"The meeting broke up, and my family came in, and my six-week-old grandson, Alistair, was blessed by the pope," he said.

Boehner also recalled his conversation with the pope after he addressed people on the west front of the Capitol.

"I was standing there with the pope and the cardinals and the rest of his entourage were all moving out to their vehicles. And the pope takes his left arm and grabs my left arm and pulls me near him, and saying really nice words. I would repeat them, except it would really cause me to cry," he said. "And then he put his arm around me and pulled me right into him and said: 'Please pray for me.'"

"Well, you can imagine, I was a mess," Boehner continued. "Who am I to pray for the pope? But I did."