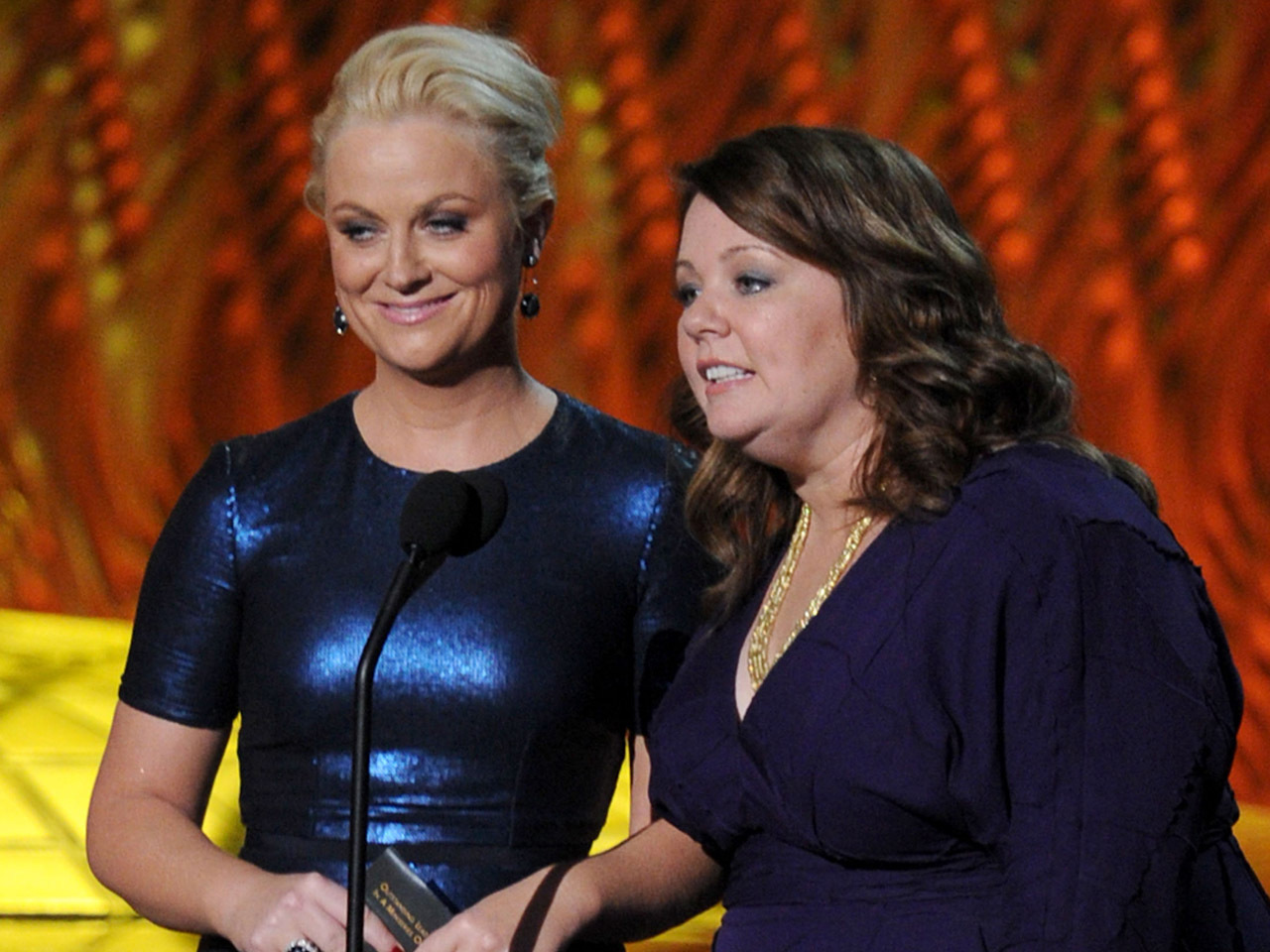 (CBS/AP) "Parks and Recreation" star Amy Poehler and Ricky Gervais are among the stars who will be handing out awards at this year's prime-time Emmys.

Producers of the awards show made their first announcement Tuesday of Emmy presenters.

Others will include seven-time nominee Louis C.K.; Ginnifer Goodwin, star of ABC's "Once Upon a Time"; Mindy Kaling, star and creator of the upcoming Fox comedy "The Mindy Project"; and Jim Parsons, a previous winner who's nominated for CBS' "The Big Bang Theory."

The 64th Primetime Emmy Awards will air live from the Nokia Theatre L.A. Live on Sept. 23. Jimmy Kimmel is the host.