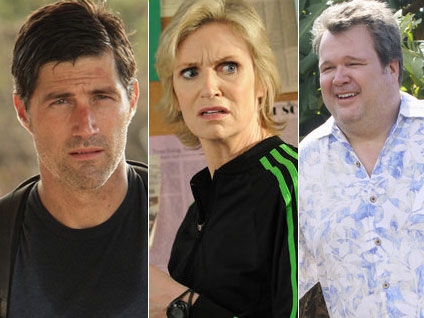 NEW YORK (CBS) The Emmy nominations are out and both HBO's miniseries "The Pacific" and Fox's hit show "Glee" both received high marks, earning 24 and 19 nominations respectively.

In addition to being nominated for Outstanding Comedy Series, "Glee" cast members Matthew Morrison, Lea Michele, Chris Colfer, and Jane Lynch all were nominated for acting awards (the first two in the leading actor/actress categories, the latter two in the supporting actor/actress categories), and Kristin Chenoweth and Mike O'Mally received recognition for their guest-starring roles.

Not surprising were the returns of old favorites to the Emmys list - previous winners "Mad Men" and "30 Rock" are both nominated again, along with members of their casts including Jon Hamm, January Jones, Elisabeth Moss, Tina Fey, Alec Baldwin and Jane Krakowski.

Shows that had their final seasons this year also had a strong presence in the acting categories - Tony Shalhoub got the last Emmy nomination he'll receive for "Monk," Julia Louis-Dreyfus was honored for the now-canceled "New Adventures of Old Christine" and multiple actors from "Lost" - Michael Emerson, Terry O'Quinn, Matthew Fox and Elizabeth Mitchell - were recognized for the show's sixth and final season.

Click below to see the nominees in the major categories, and then let us know in the comments if your favorite shows and actors got honored or snubbed: