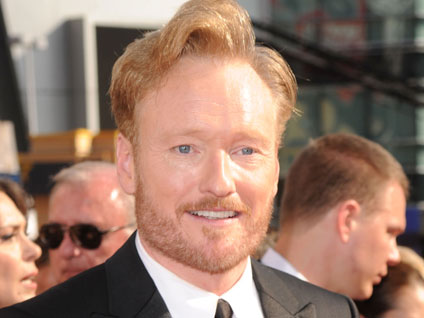 Conan O'Brien's short-lived tenure as the host of NBC's "Tonight" show earned a nomination for Outstanding Variety, Music or Comedy Series, but the recognition didn't turn into an Emmy win.

Instead, "The Daily Show" with Jon Stewart won for the eighth consecutive year. Stewart's Comedy Central program has won nine times in the past 10 years.

"The category's insane and we keep winning it," said Rory Albanese, the show's executive producer, in accepting the prize. "It's tough to feel bad, we work really hard."

Stewart did not attend the Emmys.

O'Brien's seven months on "Tonight," before he quit rather than move his time slot back a half hour to accommodate Jay Leno, was referenced quickly by Emmy host Jimmy Fallon after the opening sequence.

Strumming a guitar, Fallon said, "NBC asking the host of 'Late Night' to come to Los Angeles to host a different show. What could possibly go wrong?"

The camera quickly picked up O'Brien sitting in the audience, to much laughter.