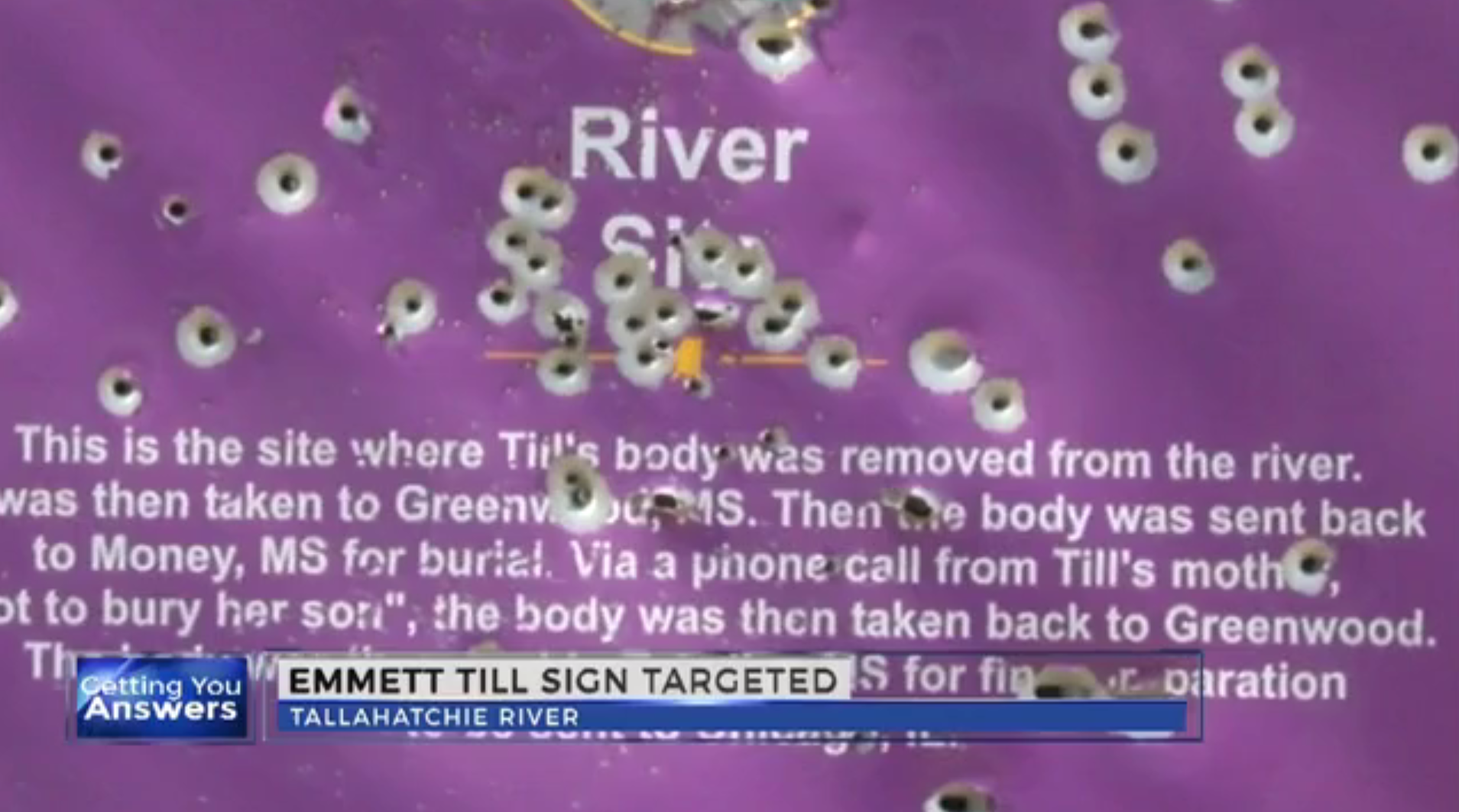 GLENDORA, Miss. -- A center dedicated to the memory of slain black teen Emmett Till has raised over $20,000 to replace a bullet-riddled sign commemorating the 1955 Mississippi killing that helped spur the civil rights movement.

The Emmett Till Interpretive Center has raised about 10 times the amount it will cost to replace the historical marker, The Clarion-Ledger reported.

Center director Patrick Weems said the new sign will cost between $1,400 and $2,000. He said the extra donations will be used to commemorate Till in other ways.

“In doing this work for 10 years and now seeing this outpouring from people who want to see Emmett Till’s memory sustained, that is incredible,” he said about the donations.

The historical site has gotten a lot of online attention after Kevin Wilson Jr. posted a picture of the damage on Facebook.

“That marker was just evidence that there are people who are still living in those areas who still hold those ideologies dear to their heart,” he said. “Ideology that we’re trying to get away from.”

The sign commemorating Till’s slaying has been a repeated target of vandals, and was recently found to be damaged with bullet holes.

It was put up by the Emmett Till Memorial Commission in 2008 near the Tallahatchie River, the site where Till’s body was found 61 years ago.

The 14-year-old Chicago teen was visiting relatives in the Mississippi Delta in August 1955 when witnesses said he whistled at a white woman working behind the counter of a store in the tiny town of Money.

On Aug. 28, he was kidnapped from his uncle’s nearby home. Three days later his body was recovered from the Tallahatchie River, gruesomely disfigured. Barbed wire was wrapped around his neck and he was weighted down with a cotton gin fan.

Till’s mother insisted on an open-casket funeral, and Jet magazine published photos of his corpse. It generated outrage that gave momentum to the civil rights movement.

In 1955, an all-white jury acquitted two white men of murder in Till’s slaying.

Months later, the two told Look magazine they had in fact killed Till.