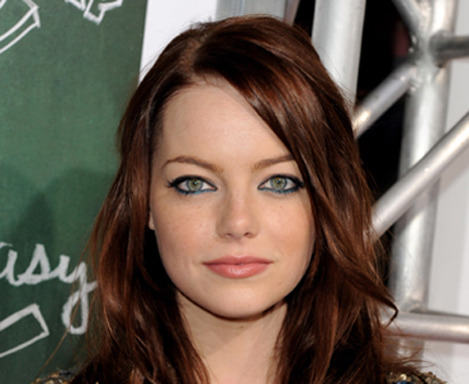 NEW YORK (CBS) Emma Stone has been officially cast as the female lead in the upcoming "Spider-Man" film.

Contrary to previous rumors, the 21-year-old actress will play the role of Gwen Stacy, Peter Parker/Spider-Man's first love interest, and not the red-headed Mary Jane Watson.

She will play opposite to Andrew Garfield, who can now be seen in "The Social Network," as Peter Parker.

Director Marc Webb commented on the announcement and said "the chemistry between Andrew and Emma was stunning and made Emma the clear choice. They will bring everything audiences expect to these roles, but also make them their own."

"Much to my surprise, it was fun to find out that our choice for Gwen (Stone) is also a natural blonde," he added.

The film, to be released in 3D July 2012, will be a reboot of the previous "Spider-Man" franchise, which was directed by Sam Raimi and starred Tobey Maquire as Peter Parker and Kiersten Dunst as Mary-Jayne Watson.

Stone can currently be seen starring in "Easy A" and has previously starred in a handful other Sony Pictures Entertainment films, including "Superbad," "The House Bunny," and "Zombieland."